Well folks I have given the presentation to my neighbors 6th grade class. He is a teacher in a school nearby. There were 15 kids who were amazed by the growth system. They asked a lot of good questions and during the class I noticed we have a breeding pair. Seems like more is going on in the tank than just fertilizing the water!.

All in all the kids were impressed and they took a lot of photos. They will be doing a homework assignment on their visit. I was very happy to share the idea…

I have been working with air lifts in Aquaponics and wondering if anyone else is trying them.

We first tried the air lifts to deal with a problem of theft at school locations. Submersible pumps were being stolen regularly. So we put the air pump in the class room, a super quiet model, and ran the air line out the upper window to the fish tank. We had to invent our own pump because we could not find a commercial model.

Had a hard time finding fish in Ohio. I went to 2 hatcheries and finally got 45 channel cats at "Fender's Fish and Llama's". They are up near Sugar Creek. Both venders told me they were having a hard time getting any fish at all, because everything is going to Texas, I guess to re=stock after the dry spell they have been having. 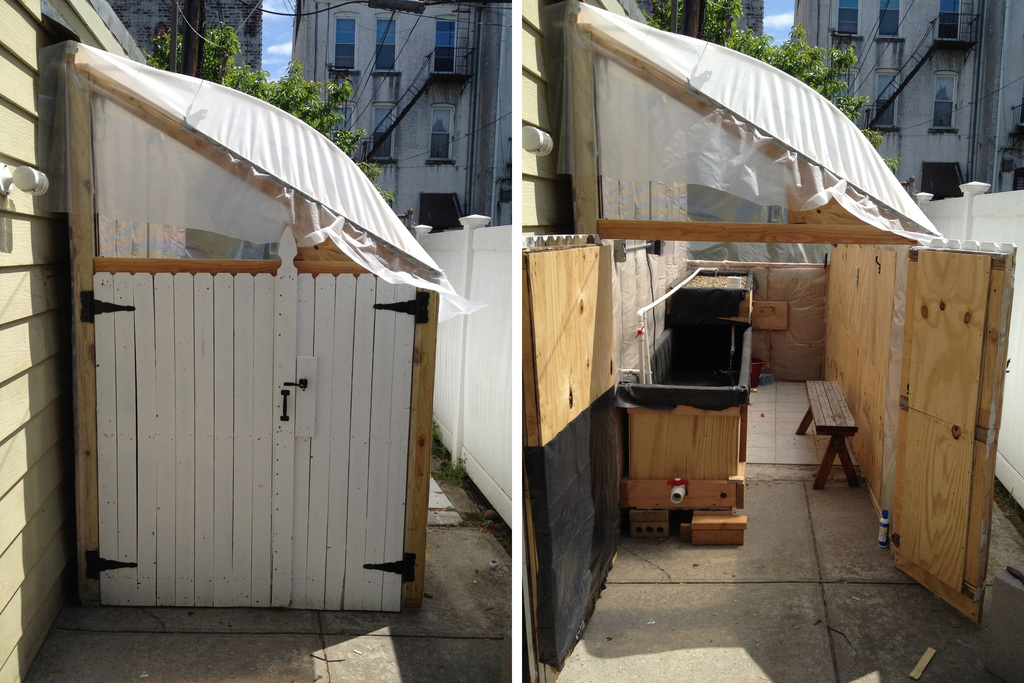 Some people have a hard time wrapping their head around what a NYC backyard might look like. So I figured I'd cover mine.

The most common backyard is made of concrete for three main reasons: (1) many have driveways leading to a backyard garage, (2) to have a place to put one's picnic table and barbecue, (3) to minimize lawn care.  I would have loved…

Just because I said in some thread or another, that I would follow up on my results, here it is. The deal is...

I love hot peppers, but hate how long it takes for certain seeds to germinate (sometimes over 2 weeks). This often results in a lot of nail biting, and constant checking moisture levels, temps etc...So the thinking here was that many varieties of hot peppers evolved and proliferated mainly due to birds. Birds, not having taste buds that react to the capsaicinoids that…

Update on our aquaponic adventure...

The algae problem seems to be resolving itself thanks to TCLynx and others suggestion of wrapping the fish tank and blocking as much sunlight as possible. I noticed after a few days my water seems to be less green and more clean ... which is a great thing.

Still no fish in the cycling system but our chemistry has been improving. I am still doseing 2 oz. of ammonia a day and the ammonia and nitrite levels return to zero or near zero within 24…

One of my daily "alerts" for google search is set to look for "organic" farming.  Today, I ran across an interesting site that led me to search a bit for organic pest control solutions.  To start with, I read this story about a guy with an aquaponics system near a house that was sprayed for cockroach prevention... (that's what started me off on this quest..LOL)

“I got a phone call early in the week that house was due for annual spider and cockroach spray.” said Rod, “I…

I just contacted New York City's DEP to inquire about water quality. I'm told that chlorine gas is used for disinfection in NYC drinking water as opposed to chloramines, and that water treatment is the same in all 5 boroughs.

I plan to use a chlorine/chloramine remover to treat my water when I don't have time to gas it. However, DO make sure that you use one that's approved for human consumption of fish, such as Cloram-X. I bought an API product at Petland Discount, which is intended… Continue

Tilapia in Georgia - any thoughts

What kudzu should have taught us about tilapia

ALL THINGS COME TO HE WHO WAITS

I looked up the origin of this phrase and found it really isn't known but someone used it in a poem but the last line was that it comes to late.  I want to tell you of a story that the waiting pais off big time.  Kirsten (this site) is my partner in crime for looking for all things aquaponic.  We have been waiting together for quite some time for things that are economical.  I have wanted hallow tile blocks for almost 1 year now.  I need to raise my original troughs off the ground.  I want…

An Internet Video Compilation for Germinating Seeds for Aquaponics 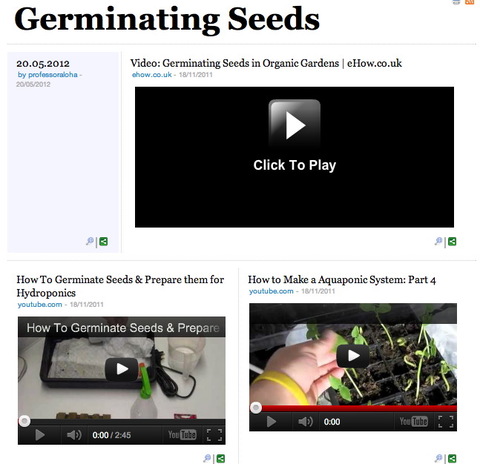 I'm a technology evangelist and software collector.  One interesting tool I tried out, was one that allows you to create a collection of youtube videos on any topic.  This is one of my first trials of the tool to create a compilation of videos about "germinating seeds"...great information for anyone getting started in aquaponics.  …

My setup consists of a 275 gallon IBC tote for the FT, 5 half barrels (free) for grow beds, and a 100 gallon Rubbermaid tank for the sump. I used river gravel for media. All of this is in a re purposed portable garage frame turned greenhouse. I added 50 comets yesterday, no floaters yet!
I have several of the grow beds planted with different types of lettuce, grape tomatoes, chives, etc, I need to wait a little more for some of the seedlings to get a bit larger before I move them. Now…

Since last year AP has boomed in Hungary and all around Europe. Now we are ready for the second Central European Aquaponic Jamboree and this time its accomplished with a full AP training with respected experts on all field, an AP workshop, and a dream. A dream of educating a 100 AP ambassadors, donating a 100 mini AP systems to primary schools all around Europe, and spreading the organic and simple agricultural production system called the aquaponics.

We are calling all…

Was thrilled today as I read this story in our  Honolulu Star Advertiser newspaper about D.R. Horton-Schuler, a large housing developer, who is now adding aquaponic ponds for edible fruits and vegetables into the landscape design for their numerous housing projects.   Wow.  If all the builders around the world would do the same, we could make major progress towards increased awareness of ---food security--- the benefits of aquaculture & aquaponics---and…

Recently we moved the IBC unit out into the backyard and I built a 12x20 hoop type green house around it and I am stunned and amazed at the growth of the plants. We are doing both raised dirt bed and aquaponic farming. The dirt farming is in plastic 3 gallon nursery pots and the aquaponics is in the IBC unit. We do water change outs so that we can supply the dirt side with the fish water as an additional nutrient.

Well, it's been two months between blog posts, but I hope to increase the frequency to monthly and then gradually to weekly.

I bought a house and moved in February, then about a week after we moved, an hailstorm did a lot of damage to the plants in the system.  I'd been holding off on a lot of planting in anticipation of the move, but the ones that survived are doing fine.

Last week I added a third barrel to the fish system.  I still have the same 4 grow beds.…

Haven't had time to do much, but wanted to at least post a pictorial update.

The seedlings are just going crazy.  Fiance had to move the peas away from the other plants so they wouldn't start climbing them.… 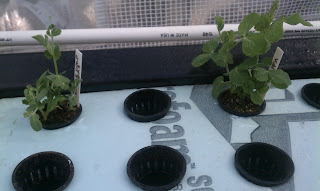 EVERY DAY IS EARTH DAY

That was what Kirsten and I told the participants in our class at the Honolulu Board of Water Supply on the 28th of April.  We told them that Earth Day was the 22 of April but we felt we all should honor the earth every day.  We had given a class on Economical Aquaponics for World Water day.  We were so well received that they had a spill over crowd and we gave another class on the 28th. Mostly the participants are an over 40 group who are very excited about aquaponics.  Some have started…

Aquaponics from the USDA

A manual on the preparation and presentation of compound feeds for shrimp and fish in aquaculture by Michael B. New