Aquaponics response to "After COVID-19"

I have been approached by an arm of the UN to investigate establishment of sustainable aquaculture in Iran. This can be either RAS or aquaponics.

The idea is to have a Canadian firm build a pilot plant there, most likely in Khuzestan. Once the pilot plant is operating successfully, then the business would expand to many more such plants. Involvement on the Canadian side can range from supplying drawings to…

My water leaked out and I had to add regular water. Will my fish and plants die from the chlorine?

I can use some guidance..........I woke up to find my talapia in only a few inches of water. Im not sure how long the fish have been without adequate water, maybe as long as eight hrs or more. When I found them they were still alive but struggling. So, I fill the tank with regular water from our hose, there was no time to gas off the water. Is there anything I can do to save them, they all look like there struggling pretty bad. Think the chlorine will kill tham and my…

I moved from CA to Bullhead City.  I had a complete system in paradise and then moved to HELL.  I am not 65 anymore and won't do what it takes to build another system that can handle the HEAT.  I am not sure exactly what made the move.  There is no reason to let this eq  rot.  I am on a fixed income so I could use any help that you you can give!  The biggest problem I have is where I live.  CALL ME ..... Mark  559-285-5709 cell

From an organisation viewpoint, a greenhouse can be extremely profitable, as you can grow spring vegetables all year long. This is true even in the winter months when you need to normally rely on exports. Commercial greenhouses are much larger compared to the conventional greenhouse, often extending to several hundred feet. Like the common greenhouse, they can be made to fit any type of building and also zoning codes.

Hello from Jimmy Yang in Korea

I am a new member in Seoul, Korea. I am going to move to a remote country from Seoul in March and start new farming life with aquaponics.  I found out this technology through reading the below news letter posted on December 18th 2016,the news of the first aquaponics system established by Korean government. After that, I have searched aquaponics through various internet sources and…

A Surprising Source Of Organic Fertilizer For Tomatoes And Other Plants

Most Organic Fertilizer s will not harm the soft roots of plants, unlike, synthetic fertilizers. Very best way to use an Organic Food…

Even in ancient Egypt's pharaohs enjoyed the taste of fruits and vegetables grown using hydroponics. One of the seven wonders of the world, the Hanging Gardens of Babylon, in fact, was just a hydroponic garden. In India, the plants are grown directly in coconut fiber, plant roots are immersed in water. If hydroponics - a new technology, it is…

My thoughts about aquaponic gardening

Hello. My name is Mary and I'm newbie in aquaponic gardening. I first heard about it when my kid was doing science homework and I found it really amazing. So this post is for those who wants to try this kind of gardening too.

On the off chance that …

FYI the Aquaponics Association 2016 industry conference is November 11-13 in Austin, TX. The theme this year is "Going Mainstream." And we are currently accepting presentation proposals.

Here is a link for registering or submitting presentation proposals: http://www.aquaponicsassociation-event.org/

Hope to see you there,

What type of freshwater fish is this? A winter rant hardly worth reading 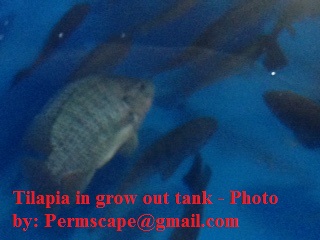 Indulge me if you…

I have a question about a small aquaponic system...our fish from our system last summer tasted like what mud smells like...does anyone have any clue as to why this is?

seeking advise from the more experienced members in our hobby

Hi everyone, We live in NW Oregon and the weather is mild this winter, so we are going forward with greenhouse projects, to jump start our growing season.   Currently we have been using goldfish,   in a chop system, letting the system idle down in late November, keeping the water flowing, and then jump starting the system in late February or March depending  freezing temps with a scratch built…

Answering a question regarding the air lifts in my system

Solids Removal in my system

ive started looking into liners for the grow beds. im looking to have grow beds that are 4x50x16''. the liners are expensive though. is there a cheaper alternative or is this something i have to just bite the bullet and do? is there some sort of sealant i can coat the gb with? any help on this would be great. thanks for the input.

ive done some research and watch a bunch of youtube videos on it. i am starting a farm. i was going to go with traditional farming but after looking into aquaponics, it seems stupid to do anything else. im on a very tight budget so im having to think outside the box so to speak. ive got 2 swimming pools coming. 1718 gal each. not sure if i should make both fish tanks or use one as a sump. looking for good ideas for grow beds as well. any help would be great. thanks

Christmas in July...sure.....but What about Strawberries at Christmas !? 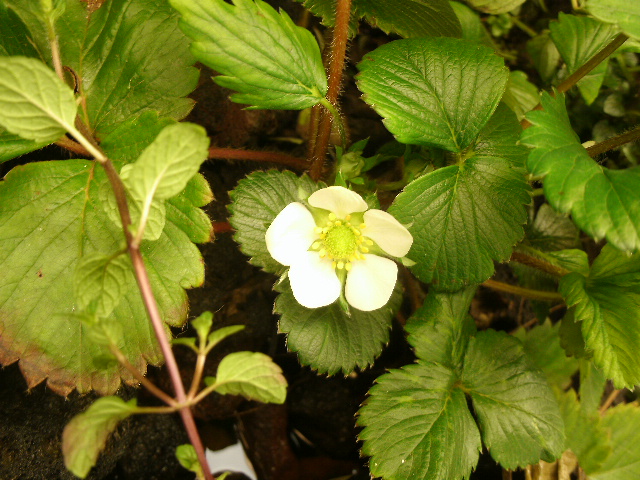 Christmas in july... ok sure but what about,
Strawberries for Christmas !?

The other nite i came home from work to find a most pleasant surprise. A pair of bright white

Strawberry flowers !! YAY ! This in the middle of december too! I doubt they will mature in

time for christmas, but it will be nice just the same. I am so happy and feel…

Well, I installed a 55 gal drum solid filter into my system last night.  Have a lot of green slime on the roots of my DWC plants.  I have decided to not attempt to heat the water or greenhouse this winter if possible.  I did however build a simple black poly solar collector.  Had it installed outside the greenhouse and was getting considerable heat collection from it. Have moved it inside the plastic to attempt to insulate it from the air temp outside but still collect IR heat.  Will let you…