It feels good to type this, because one of the biggest parts of goal setting and goal achievement is to write them down.

I've been researching aquaponics via Google searches for more than 3 years, but I have not yet built my first system.  I compost with worms and sell my extras on Craigslist for $17 per half pound and $30 per pound. I grow vegetables in above ground beds. I even have a very simply designed deep water hydroponic grow bed made from an 18 gallon Rough Tote plastic…

Today we sold at our 3rd different farmer's market.  Despite the early morning hours that make you very aware that you are really farming, the markets have been a wonderful experience.  Today's market was in our home town of Brooksville and although it started off slow, soon there was a steady trickle of people strolling by.  Many stop and stare incredulously with quite the perplexed look on their faces at our small aquaponic demo unit.  We built a tiny table top unit with a grow bed…

4 seconds of my 15 minutes of Fame - Cosmo in cameo of Food Inc.

Andy Warhol said "In the future, everyone will be world-famous for 15 minutes." well. it happen to me again.  While watching Food Inc. for the first time on my new Free Movie service on Amazon Prime account.  There it was at 1hour 1 minute into the film. Some old film of New Alchemy Institute visit from Gary Hirshberg from Stoney Field Farms.  I remember that talk under the Mulberry tree.  And there I was in the shoot.  I am one of the two hairy guys in the top right. A nice little Ahaa…

Transplants are doing well. Cilantro is up and looking good.  Cucumber is sprouting. Fish are eating well. Lettuce is doing the ridiculous growing-so-fast-you-can-almost-watch thing. Tomatoes are... well... they're growing, but compared to everyone else they look like they aren't.
Overview…
Continue

One of my favorite resources I found recently is this document discussing integrated pig farming in Vietnam...

The possibilities are just amazing!

Also, I live in a cold climate and I would be interested if anyone has successfully raised BSFL inside of a greenhouse. 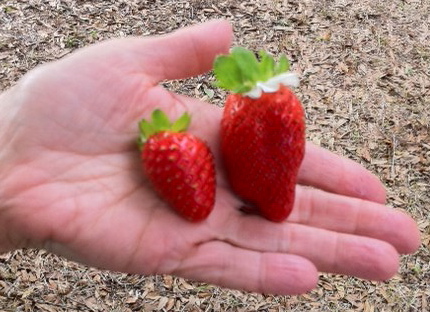 The simple little pleasures of life hanging in the sky chair in the oak tree listening to the Windchime watching the sunset.
Today my wife made yellow cupcakes with orange marmalade topping. Although she's always been a master pudding maker and an accomplished baker she has definitely expanded her repertoire by becoming a Martha devote. I confess i enjoy the show. Being in… Continue

Attack of the Gato!

I went into my room yesterday morning and noticed something odd. My carrots were trampled down in my right grow bed. I looked and discovered that my catnip was devastated by one or both of my cats. I found the stalks chewed down to the hydroton. One could also notice little paw prints in the grow beds.

I got a good little laugh as I thought what it must have been like to be a cat and discover a fresh catnip stash. I can see two little sprouts below the clay pebbles. Hopefully…

A visit to Jersey City,NJ to see my Daughter and Son-in-Law finally became a realty (had to postpone it after I had an achilles tendon rupture last August). As fate would have it, this was the third Friday of the month...the day scheduled for visitations to Cabbage Hill Farm Foundation. While Cabbage Hill Farm has been covered in much detail and fan fare by many people, the most recent by Martha Stewart (link below), it was my desire to visit it if ever I got the chance. While we discussed…

Saturday a friend came to hang out for the weekend, and we went out through the softly falling snow (yes, in California, I swear) into the sultry air of the greenhouse, and I pulled up a bunch (it's not really a head at this point) each of the red leaf and the butter leaf.  I tore off the root ends, gave the leaves a simple rinse and spin, and put on a nice homemade vinegarette.  The salad was amazingly good.  My friend and I both were stunned at how flavorful the lettuce was compared to store… Continue

I will try to get some more detailed thoughts into my line of discussion around driving forces for aquaponic production.  I’m not sure if this was EXACTLY the section that I was asked to expand, but if it is, I hope this helps.

By now many people know that I think the world has gone mad and that in some way, I blame the marketing crowd for that.  Humanity has ended up on a treadmill of 24 hour production and income generation, but for all the wrong reasons.  When my parents…

Mother's Nature - the mystery of life or Why are my plants growing if there are no nutrients in the system? 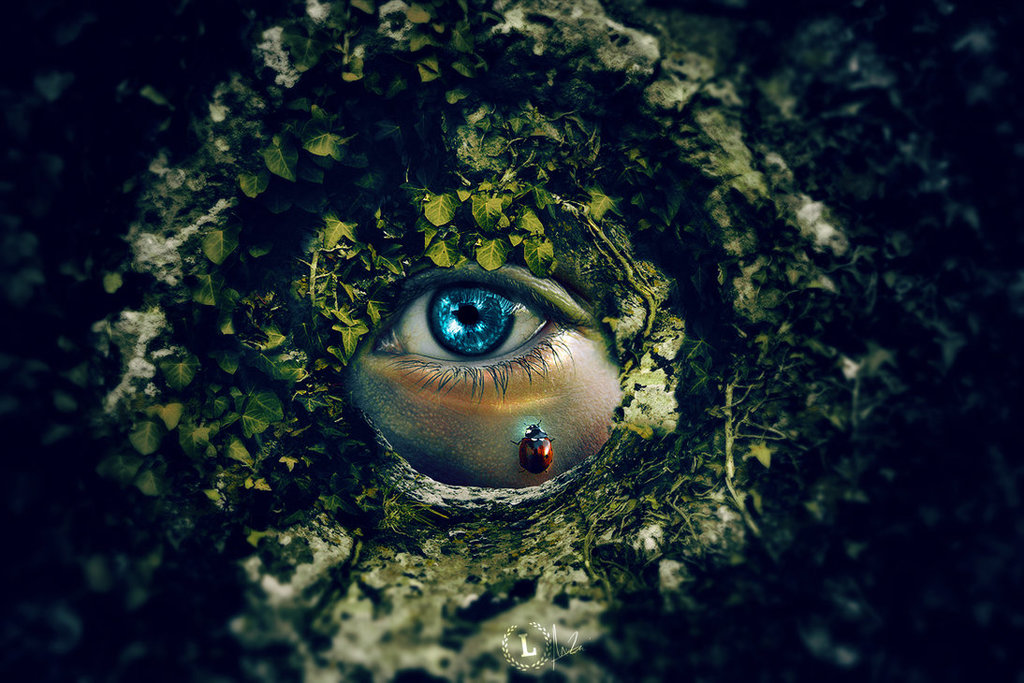 We have all fallen under the spell of our Mother Nature.  Ah she takes many forms. The clantily gowned seductress, all three forms of the goddess Mother, Mate, Crone. We learn from her every day in path.  For  me she has always been Gaia - Diana - Rhiannon many of the forms we know as Mother Nature.  So why do I bring her up now on this often Scientific fact based… As I step through my interspecies epicurean quest, I meet fellow travelers that make the journey the purpose.   I have long learned that a life lesson not learned will once again come around on the wheel. Although there have been many intrepid creatures on the journey both human and not, it is always this one zen constant "be here…

My future vision for aquaponics

For the photo competition, we were asked to select up to five different pictures from members that we believed represents the future of aquaponics.  This got my head going, and I eventually selected some pictures that represented the following trends:

The perils of rain water

I have not read the basic aquaponic guidelines that I collected during my first research efforts in 2008 for some time, but I do recall the list of water sources ideal for AP systems as ranking rain water rather low.  When you have options, it could therefore be avoided, but when your options gets eroded, well then you have to give it a bash and see what happens.  We are still in the grip of a severe drought, with all indications that if it does not rain significantly soon, our dams will be…

In previous blogs, posts and discussions, I have often stated that I am a fan of mimicking nature, and of attempting to recreate the aquatic ecosystems I study in my AP set-ups.  I do not think that my thought patterns are likely to go mainstream any time soon, but I am happy to share my experiences with people on this forum.

First up, I want to put my views into context.  As an ecologist with a keen interest in aquaculture, as well as a fish keeper for the last 25 odd years,…

All is well. I have added a second airstone into my system. The other day it was noticed that a couple of the fish were gasping for air at the surface as well as eating air bubbles. Thoughts were that perhaps there may not be enough oxygen in the water, and that could be another reason for my fish dying.

The fish look happy and seem to be swimming better. They don't surface nearly as much as before and like to chase each other around.

As the days go on I am zeroing in on… Continue

The Ancients and their Huemon slaves

The Resistance of old. We have been fighting the good fight for all of time. I have been authorized to post here to your community the images of the Ancients and the secret symbols of the underground through time. Only the initiated can decipher who these symbols belong to . 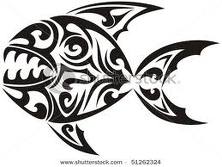 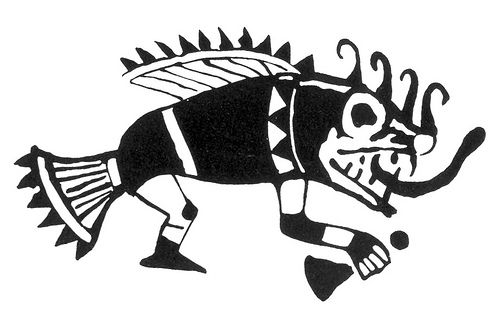 Agent Angler Here! As you know the underground has been taking up the banner for EMT or as we like it to be known. Eat More Tilapia.  The underground takes many forms.  You Aquapons are only one.  I have collected the pictures of many of our Agent Anglers. So you thought I was the only one. Are we all not Anonymous if you know what I mean.

As you may know if you are in the know.  Agent Angler here.  Code name AAH!. An office in the Resistance fighting the great fight to stop the invasion from the Pician Galaxy. I am sure you are familiar with the member of this community that was recently abducted by Big Blue.  No more about that can be said at this time.  The Resistance is working on several communiqués to the "community" as you shall be called. First we have identified and decoded a very important infiltration of our…

I found out in one night that minnows may not be suitable in my system. I found seven dead little fish this morning. They didn't even get a chance to float. I can think of many reasons as to why they may have perished. Temperature, stress, differing water quality than the fish store, etc... In the end what ultimately matters is minnows are too fragile for my aquaponic system. I take every fish death as a lesson. I haven't lost a fish in a few days before these new ones. I see that as an…