There is much comment about what might be needed to add to an aquaponics system to keep the plants happy. Once a system is mature, it will require less special attention, however, new systems do often need a little bit of something something to help get the plants off to a better start. The most common additive is sea weed extract. Original Maxicrop is the one I know of here in the USA. Make sure it is just sea weed extract and NOT the sea weed extract plus fish emulsion. We don't want to be… Continue

Fish feed can be a big dilemma for aquaponics. Especially for people who want to be as sustainable as possible or organic as possible or want to grow fish that are as healthy as possible to eat.

Well Here is the blog post I promised about the BIG catfish. We had this girl for a little over two years and she was definitely an advanced fingerling when we got her. This one was from our very first batch of fish that we put in the system in March 2008. We harvested this fish March 31 2010. 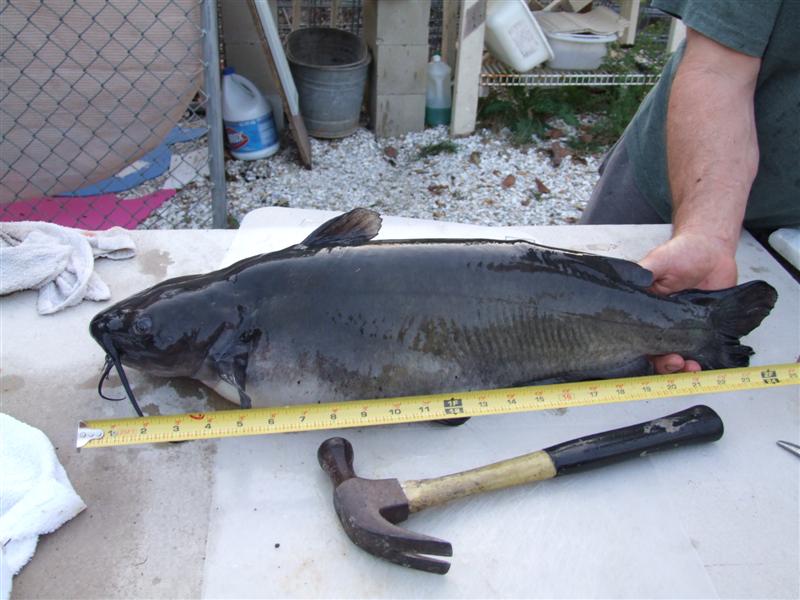 This one was two feet long.

I don't really have a "system thread" here but I wanted to share my excitement about testing out some of Nate's vertical system components.

I've been trying to work out some good method of going vertical on my front porch and Nate finally provided a solution.
Here are some pictures of the start of my test. Currently this is hooked into my "big system" but once I give the towers time to get some bio-filtration established in them, I'll cut the 100 gallon fingerling tank and the 4… Continue

Basic Aquaponics System Design- The Things I so often repeat

Now we are probably getting into some of the stuff Sylvia really wanted me to write about. In some places I'm known for my patience in re-explaining many of the basic info needed for stable home aquaponics system design.

So here's one for the group... The owner of this property would like to convert these three pools into aquaponics systems. For some perspective, the largest pool is 72' long, 47' wide at the shallow end and 22' wide at the deep end. The deep end is 9.5' deep and the shallow end is 3.5 feet. What would you do?… 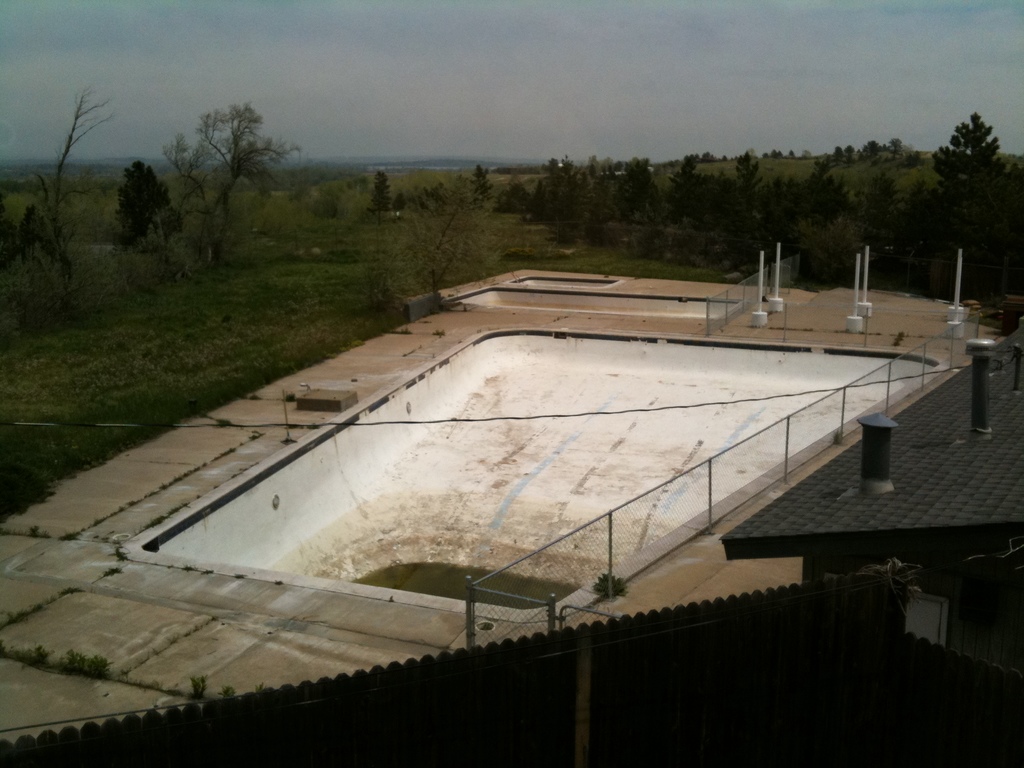 Comming back around to the Earth

We are all different and yet, many of us find our ways back around to very similar points in our lives.

I am definitely not what many people would think of as "normal" at least once they know anything about me. My "Profession" is definitely not "normal." I've been a stagehand, techie, roadie, or the like for many years. I might call myself an audio engineer, lighting technician, AV technician and I've worked a wide variety of jobs. Most of them are nothing that the general public… Continue

I'd resisted blogging so far

Well, unless you count my forum thread over on BYAP but I never really thought of that as BLOGGING.
If you wish to read through archives of my threads, I have them on my web site at least half way down the page
http://www.aquaponics.tclynx.com/

I discovered Aquaponics in December of 2007. I had actually heard of it before but never really stumbled across anything that made me interested enough to research further. Now I don't… Continue


One of the great delights of Aquaponics is watching your fish grow and develop into mature fish. From the first moment when you release your fish as tiny fingerlings less than an inch in length it takes many months watching them grow before you even begin to think of harvesting and eating them.

In my case we started off with 60 Jade Perch which according to scientific studies are a hardy fish very suitable for Aquaponics but also a fish loaded with Omega 3 fatty acids. More than… Continue

Interesting link that a friend of mine sent me.
http://www.cnbc.com/id/35834973
It's not aquaponic, but salt water aquaculture is obviously an associated idea, and the commercial success of this venture is a great guidepost.

I have been told that if my leaves are yellow I need to add iron to my system. Does anyone know how to get proper iron that won't harm the fish. My fish are healthy and water is good but my leaves are yellow. My systems are after the Friendly Aquaponics people in Hawaii. I am going to tell them about your site, I took a 4 day class last year and am going back in April. I know though the more info I can get the more successful I will become. I already have people wanting to learn about it. I am… Continue

I am working on my first aquaponic system, and retrofitting an Aerogarden for an inlet, an overflow, and a normal return for an ebb and drain system. I drilled three holes in the Aerogarden shell with a 1 1/8" paddle bit, and then made them slightly larger with a rotary grinding tool. I then fit all the holes with threaded drain fittings, and sealed them in place. The holes are positioned so that the overflow starts to drain when the "fill to here" mark in the aerogarden is hit (3.5 Quarts from… Continue

I've just joined and think it is fantastic. I've asked a few questions. And had good answers. Great help and so great to know I am not the only crazy one out there who is loving this topic!!!

Keep up the good work.

Hello. Does anyone know of any Aquaponics Workshops in the NYC Area?

I'd like to learn more about Aquaponics, so that I can convert my window farm.

Thank you for creating this blog and thanks for letting me know about it.

Thank you to Sylvia for getting this blog off the ground. I agree completely that aquaponics is addicting. Within a week of discovering the concept, we started building three systems, signed up for an aquaponics workshop at Nelson and Pade and decided to change professions to make aquaponics a business. We have already had the pleasure of connecting with a passionate group of people that are working to make aquaponics a reality for themselves and others. These are truely exciting times when… Continue

Separate communities can include: Refugee camps, Military/ Police base, and disciplinary institutions.

Landless institutions can include: Universities and Corporations.

My original title for this article was “Hoarding Water” but as I began I started to drift and eventually am trying to figure out what it is we really need, to be food independent in the smallest space possible. Please comment and feel…