We had a very busy Summer.  We built several greenhouses, a couple of aquaponic systems, and much more.  We have had a few of our Greenhouse and Aquaponic Gardener meetings and I learned that more information is still needed.  We experimented extensively, and have developed a couple of new applications for the Wiseway stove.  I have been working on some new greenhouse designs and we shall also be renovating our R&D greenhouse to reflect some of the new ideas.

Tilapia by the barrel 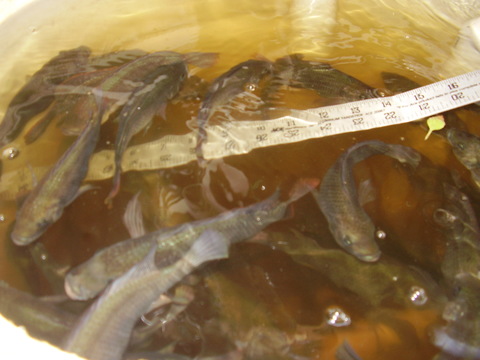 I set out probably a year ago to see if I could raise tilapia in a series of 50-gallon food grade barrels.  I have been tinkering with the setup and now I believe I have reached a point where I can start to consider adding some complexity to my system and incorporating some aquaponics. I am joining this community to pick up some tips and discuss problems as I begin this…

The USDA announced $14 million is available for their Value-Added Producer Grants (VAPG). "The primary objective of the VAPG program is to help agricultural producers enter into value-added activities related to the processing and/or marketing of bio-based value-added products. Generating new products, creating and expanding marketing…

Transitioning from Hoop Greenhouse Soil Organic Gardening to either Hydroponics or Aquaponics?

A bit of background both about my location and desires. For those who are interested in such things, I can be found on Google Earth at Lat: N40º13.33’, Long: 75º26’. As with any hobbyist gardener I am interested in getting veggies as early in the spring as is possible. The idea of building a Hoop Greenhouse that would permit starting and harvesting produce earlier than what came from the outdoor garden was a great incentive. Two years ago, I built a twelve-foot wide by twenty-four foot Hoop…

Without getting into the politics of it all, I was reading about Mitt Romney's pledge in Ohio to help female entrepreneurs and innovators in creating small businesses and the jobs that go with them.

This had me reflecting on the aquaponics field and just how prominate women are in designing, building, teaching and running aquaponics systems.

Of the 7000+ members on the Aquaponics Community Gardening Forum, many are women and many are leaders in aquaponics.
One friend of…

My name is Andy Langberg.  I am an Environmental Conservation major at Northern Michigan University in Marquette, MI.

This year some friends and I have started NMU's first aquaponics group.  We have decided to call our organization Upper Penninsula Aquaponics.  Our group is a student organized community of aquaponics enthusiasts. We want to provide a means for students and community members to come together, learn more about aquaponics, and eventually get…

Just finished week 2 of my adventure in aquaponics yesterday.  So thankful for the people in here and on Aquaculturehub.org who have given me suggestions.  I even got an answer to my silly question about "what the heck do I do with basil?" (As you can predict, besides never having grown anything before-- I'm also not a gourmet cook). Fortunately, I like pesto pasta!

Week 2 of "Auntie's Food Machine": To my amazement, my fish are still alive. Most of my…

Hi everyone, Im new here, and new to aquaponics... I have been gardening with hydroponics and am in the process of setting up a decent sized aquaponics system, which i plan on connecting all my hydroponic systems to.  Allways looking to learn, and willing to help out others where I can.

What makes you passionate about aquaponics? I’m sure an answer (or many) jumped to mind, from conserving water, to abundant nutritious vegetables, the fish greeting you each morning or the empowering feeling of growing your own food. We love all of those things too, but what makes us passionate about aquaponics is being able to share it with other people. Just like sharing your pictures, stories and dialog through the aquaponics community, sharing…

About 8 months ago I started to realize that maybe other's felt like I did. I got on the forums, especially the Aquaponics Gardening Community and it was much more apparent that many others were afflicted. When I got Sylvia's book, I felt better knowing that I was under it's control, the aquaponics bug has taken hold of a pretty large chunk of population.
Saturday I was at a community rummage sale and ran into some old high school classmates. Having talked to them a few times over the last… Continue

We are excited about Aquaponics.  My husband Ron is the farmer of the family.  He believes that everyone should know how to grow their own food (at least some vegetables).  Adding the benefit of harvesting our own fish just blows our minds.

We live in the Florida Panhandle.  I am very disappointed that we won't be able to grow talapia.  There are not many types of fish that I care for (catfish is one).  I guess I will have to learn to like something else.  I'll try. :)

A No - Pump System - Aquaponics Using No Electricity

The more I learn about aquaponics, the more I realize that there are many, many "ways" or designs that will construct aquaponic systems that work.  I love the innovation in this field right now--- so many interesting ideas. 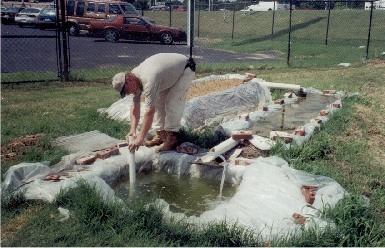 This strange system totally fascinated me, so I'm going to post a link to this gentleman's description of how you can build an aquaponic…

The Aquaponics State of Health

Is it gluten intolerance or gluten overload that is the problem?

Like so many things that are "bad" for us, it seems they have become bad primarily since they have evolved into highly processed versions that are present in almost everything we consume. Maintaining a healthy body through supporting the natural biology present within and on our bodies is the key. Like our soils and the water/media of aquaponics systems.

Living beings are merely a reflection of the state of health…

Kauai Community College has an 8 week aquaponics course that starts in August 2012. They have a pretty good program for those lucky enough to be there. A reason to go to Hawaii, as if there weren't enough of them.

After a week of operation, I decided to re-confirgure the system, removing all the stone material.  It their place I created two  sand filters made out of a pair of my wife's old panty hose legs filled with sand. So now the both the grow bed and fish…

How I spent my summer vacation - building aquaponics

It's been a crazy summer as I worked to try to build my first aquaponics system.  This week has had many milestones:

Lets say you live somewhere that does not have a subtropical climate suitable for tilapia and haven't the inclination or money it takes to build a climate controlled system to house them. There is comparatively little info available on temperate climate fish for aquaponics. Much of it is musings and hypothetical, better than nothing but it leaves the topic pretty murky. It can be difficult or impossible to get these fish from a dealer…

Here we are a couple months into the Summer, and I figure I'd give you all an update on my greenhouse. 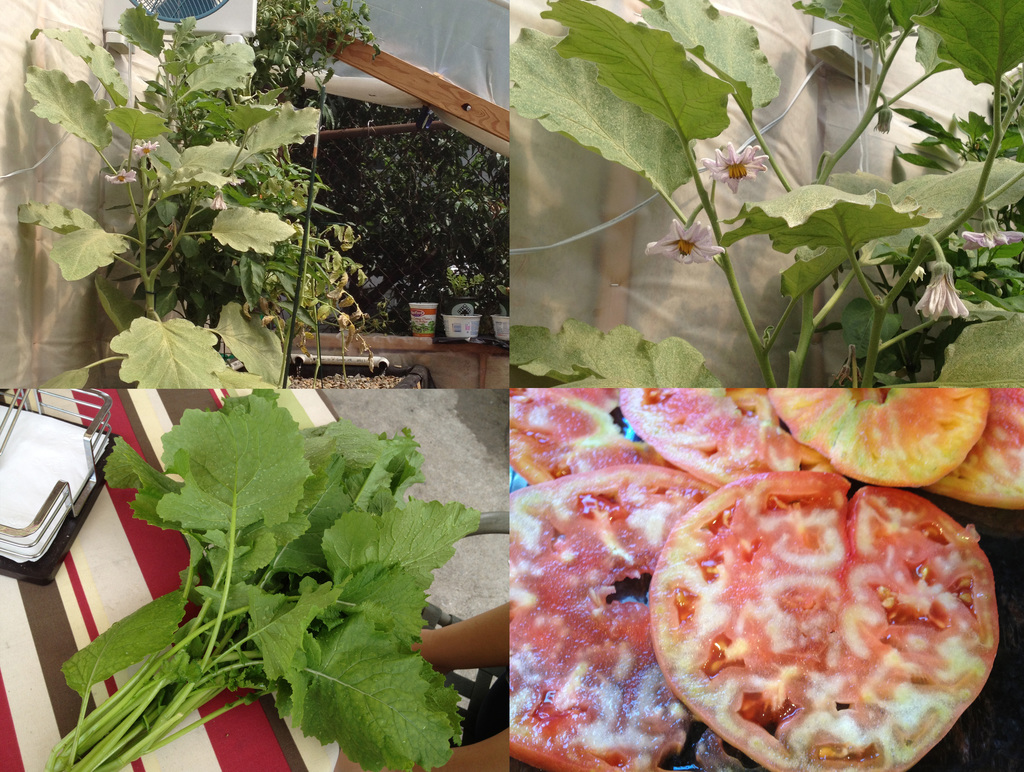 Here is a homemade BELL SIPHON that works well...

First of all check out this video....

I have been using this design, flawlessly in my system since I built it.

The following information may be helpful to the new Aquapon, who wants to be frugal yet have a system that is functional and thrives.…

New Classroom System in the works

After my failed attempt to build a classroom system last year, I have decided to give a go again. 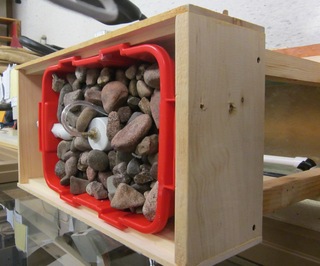 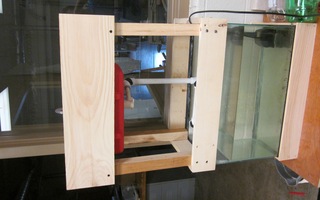 I had a hard time regulating water, getting it to cycle. Hey it was my first…