Started a fishtank cover.  But the cat jumped in the middle of it and ripped it, so I've put off finishing it for now.  But the new algae eater is doing his job so it isn't as urgent anyway.  But here's the basics of it done: 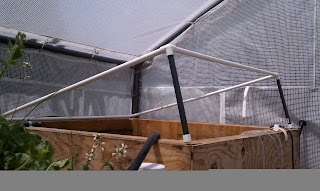 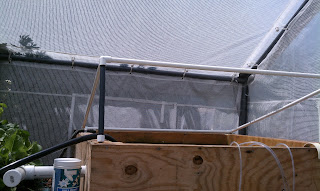 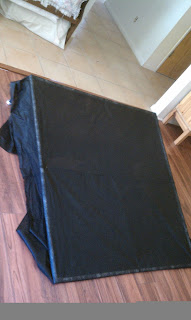 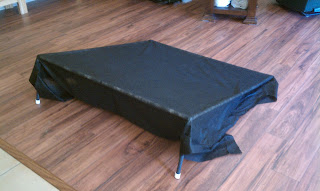 The cucumber vine grew all the way to the top of the tomatoes, and then down on all sides.  Here's a few weeks back: 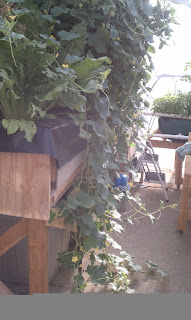 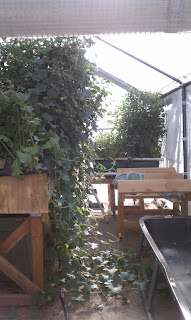 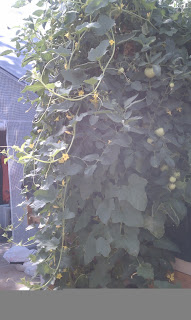 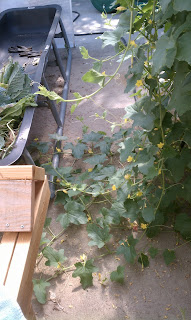 The tomatoes are still producing tons of fruit.  Here are a few harvests over the last month: 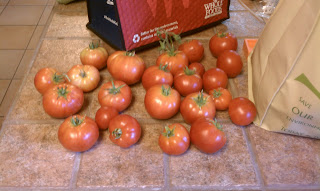 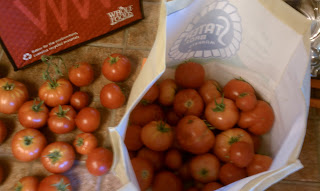 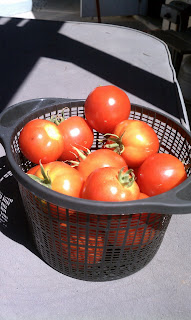 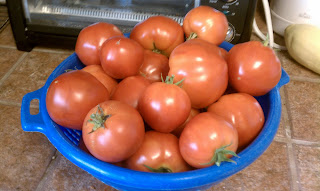 That last batch I peeled, cored, seeded, bagged, and froze: 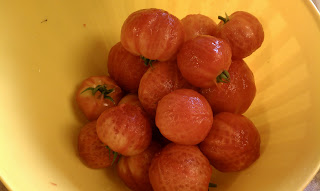 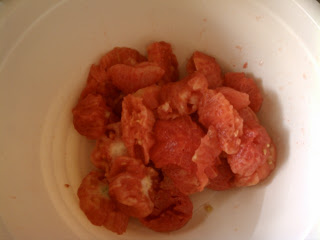 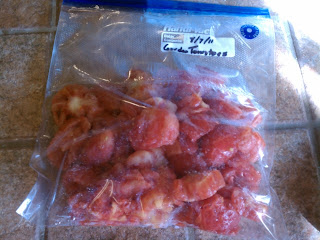 I wanted to move the half-barrel beds onto the new frame, so I just went ahead and tore out those tomato plants.  They were still producing a lot but I just can't cope with it all.  But they'll make fine compost for the dirt garden next year: 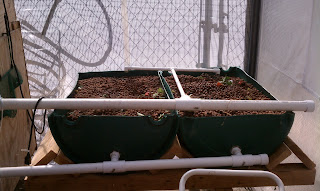 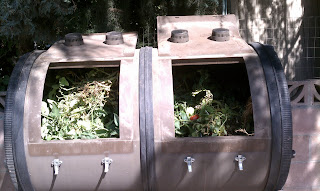 Here's those beds before I tore them out.  I put the basil and pepper plants into the big bed for now. 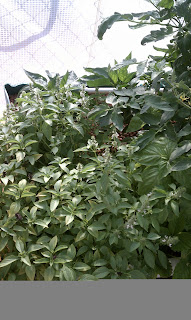 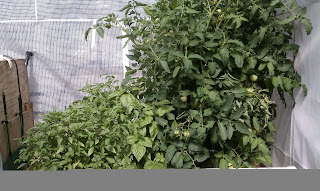 I also took out the lettuce, radishes, and cabbage: 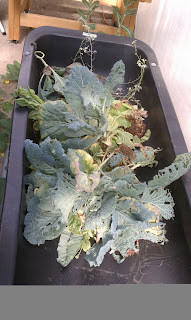 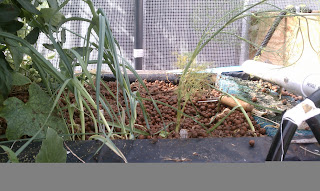 Finally got around to harvesting the coriander.  Got a 1/2 cup of clean seeds.  More than a spice bottle full: 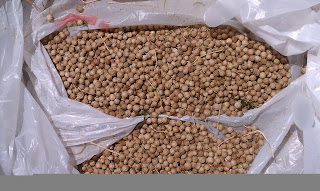 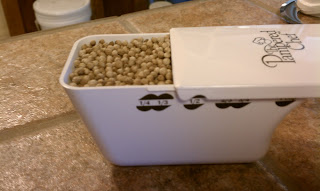 The fish are getting really big.  And it seems like they eat almost 2 cups a day of food.  But I'll have to put them on a little diet again until I get the new beds hooked up.  Here's a video of feeding time:
I got the half-barrels moved to the new frame, and that whole thing in place again.  And I got the cinder blocks in place to hold the cattle trough but I can't lift that onto the bricks by myself.  Even if I were stronger, it's 10 feet long and needs to go up 20 inches, so it's really a two person job.  I'm hoping a neighbor will help.  If so, I should have that all hooked up in another week or two.  The trough will be a raft bed for lettuce and basil and such.

I'm happy with how it's all going.  It's been a lot of hard work, but I'm almost to the end of that.  And the reward of picking my own fresh food makes it all worth while! 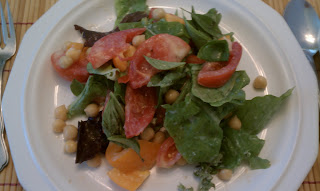 Comment by the mad german on August 7, 2011 at 11:13pm
Yeah no kidding, great job! Imade a squash stirfry tonight...now I'm going to have to have a leftover latenight snack looking at the dinner plate.LOL