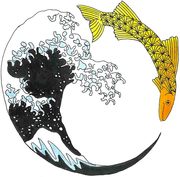 i guess it is time to put all my thoughts, endeavors, and experiences in Aquaponics. i will go back and do how it started and where I am today. As usual I will most likely wax poetic in my own style of Verbosity.

75% discounted off of the registration for a few special attendees for the "Practical Aquaponics Training - The Full Monty" on September 16-19th at Orlando DisneyWorld.

We are offering a 75% discounted off of the registration for a few special attendees for the "Practical Aquaponics Training - The Full Monty" on September 16-19th at Orlando DisneyWorld.  If you…Continue

A. Simon  Posted these questions to me. First, I thought I wanted to do hydroponics and ordered the Vertigro system with EVERYTHING…Continue

You need to be a member of ZenAquaponics - Cosmo's Quest to add comments!

The weather is starting to cool down now here in the Keys and I'm wondering when to start heating the tank. Those heaters are real energy hogs so I don't want to use it until I really need to. The temperature in the fish tank was at 70 this morning but the long range forecast for Florida is a colder than average winter.

So what's your recommendation for when to heat the water for tilapia?

Comment by George T on October 5, 2010 at 5:45pm
I'm considering grid-assist for backup, not only aquaponics backup. Generators are a bit of trouble if power outages last long and there's a good chance I won't even be home to feed gasoline into a generator, etc. What did you buy for $1500 for your houseboat? I wouldn't think that would be only an inverter.

Comment by M Cosmo on October 5, 2010 at 1:56pm
The inverter conversion rate is poor. I spent 1500 on mine for the house boat. I would suggest that if this is just for the aquaponics stick to DC only for you backup pumps etc. Also don't forget to Fail the AC at least once a month to test it out. Pumps are real power hogs but some Bilge pumps are pretty efficient. Northern tool has some PV systems. Also if you can hook it up to your home than you are eligible for a tax credit. Local solar installers will be expensive but they can help you with the tax credit info. Also make sure to check with the state they often have lots of useful info on the tax credit and certification of installers. If you aren't going completely off the grid than you should only need a small system. When ever possible look at marine systems.

Comment by George T on October 5, 2010 at 1:21pm
I have a few suggestions to add to the Power failure options

Good food for thought. . . thanks. I've been looking for an excuse to buy a high quality inverter. Also still considering solar power.

Comment by M Cosmo on October 5, 2010 at 7:17am
I have a few suggestions to add to the Power failure options. I have a LED green bulb full size in an outdoor fixture on my current greenhouse AC power. I can see it from the house and when I drive in and out. I have a Battery backup system coming from Murray. I will put a red DC LED blinking light on this circuit so when it is on I can see that I am in Backup mode. I will use Marine GEL Deep cycle batteries with a Trickle charger on them. Murray recommends a Bilge pump with a Spray bar to give the tank Aeration. The most important part of the solution is low density stocking. Another option is a water change. If possible you could have a conditioning tank with water so you can do a water change. In my case I have two DWC tanks under the hanging Vertigro. I could siphon out half the water in the fish tank and replace it with the water in the DWC tanks. I could then add water to the DWC tanks if I had water pressure (not the case for me as I am on a well) or leave the thanks with minimal water. Lastly I could runt the bilge pump in on and off cycles to prolong the time I could be out of power. Lastly don't forget about you vehicle. You could fast charge the backup battery with your vehicle if you don't have a backup generator. I bought my Backup generator at Harbor Freight and one at Northern tool on Black friday.

From Murray's store " Backup Power Switch, .
While there is 240 volt power the relay is held open and no 12 volt power flows to the 12 volt water or air pump.
When 240 volt goes off the relay closes and 12 volt power flows through from 12 volt battery to the aeration device.
The instant the 240 volt goes off the 12 volt system will start, and the instant 240 volt mains power is restored the 12 volt system switches off.
My choice of aeration device is a 12 volt marine bilge pump sending water through a small upright with a defuser spray head at the top creating a waterfall effect thereby breaking the water surface and providing very effective aeration of the fish tank.
The device will also switch a second pump in the sump to clear water back to the fish tank.
This function makes it worthwhile to set up this system. If the mains power fails and there is still a large volume of water in the grow beds that will continue to drain into the sump. A 12 volt sump pump is very necessary to move this water back to the Fish tank, otherwise the sump will overflow and precious water will be lost.

The bigger the battery the longer the standby pump/device will run. The size of the battery is important.

The purpose of this system is to hold the fish tank aerated for an hour or two, as a safety device if power went out due to a storm or a car hitting a power pole etc, during the night or while you are at work.
I have learned the hard way the effects of no areation for very short periods of time, especially with high density fish stocking in aquaponic systems.
If there was a long term power outage due to a cyclone or similar, that would have the power out for several hours, or a day or more then you would only expect this device to aerate the fish tank until one could get a 240 volt generator set into place to run your normal pumps etc
To run a small 12 volt water pump, say 500 gph, a battery costing around 100.00 would run such a pump for 5 or 6 hours, more battery = more running time. "

Comment by Ron Thompson on October 5, 2010 at 3:11am
The two weak points I see in my system and others are what Kobus just described (no alarm if something goes bad). The second is backup power.

Backup power needs to be thought of in two versions: short-term and long-term.
Short-term would be a power outage due to a tripped breaker or GFCI outlet. That is a real possibility around water. It can be corrected by a simple reset IF you know it tripped. A simple alarm is just a light in the circuit - if the light goes out the power is off. But that is passive and requires you to look. A better solution would be a power-fail alarm like these two at $40 and $15. Both are better but not perfect as they will only work if someone is home to hear the alarm.

As for longterm, and many of us do live in Florida where hurricanes are a threat, you will need a generator of some type to keep things running. That could be a whole house unit, a large portable that will run parts of your house or just a small portable like used at tailgate parties with prices in the $150+. Just remember none of those portables are designed for extended running times. There may be a solar or wind option but that will be at a higher cost and depends on your energy need.

Comment by TCLynx on October 4, 2010 at 9:32pm
It would depend on how the timer failed. If it failed on, then the water would just keep going to the same bed and it would be constant flood while the other beds would be drying out. If the timer failed in the off position, then the fish might be hurting for filtration.

So far all my systems, even if the pump or timer feeding the indexing valve were to fail, there is still some alternate filtration, aeration and circulation going on so I have a bit of a safety margin but it probably would not save me long term in case of a failure.

Comment by George T on October 4, 2010 at 6:50pm
However, I expect that if one were to go to the trouble of doing an indexing valve, one would probably spend a little extra to get a good quality repeat cycle timer to use with it
Yes, no kidding. That's not where I would try to save money. It's like you mentioned elsewhere, I'm not going into this to kill fish. There are many things to consider when designing a system. Possibly this discussion would be best taken elsewhere but what would happen if the timer failed, would the pump be pumping water somewhere or not pumping at all? What could be done to prevent the catastrophic loss if this wasn't noticed for a day?

Comment by TCLynx on October 3, 2010 at 6:16pm
It does definitely depend on the quality of the timer as to how reliable it will be. Of course almost all electronics can fail on occasion, especially around water and humidity.

The cheaper indoor mechanical timers are definitely more prone to failure. Some are also worse than others. (I've had a few that are still operating fine after years while I've had others that fail almost from the beginning.)

However, I expect that if one were to go to the trouble of doing an indexing valve, one would probably spend a little extra to get a good quality repeat cycle timer to use with it instead of messing with a mechanical timer or a digital timer which definitely would not provide enough cycles per day.