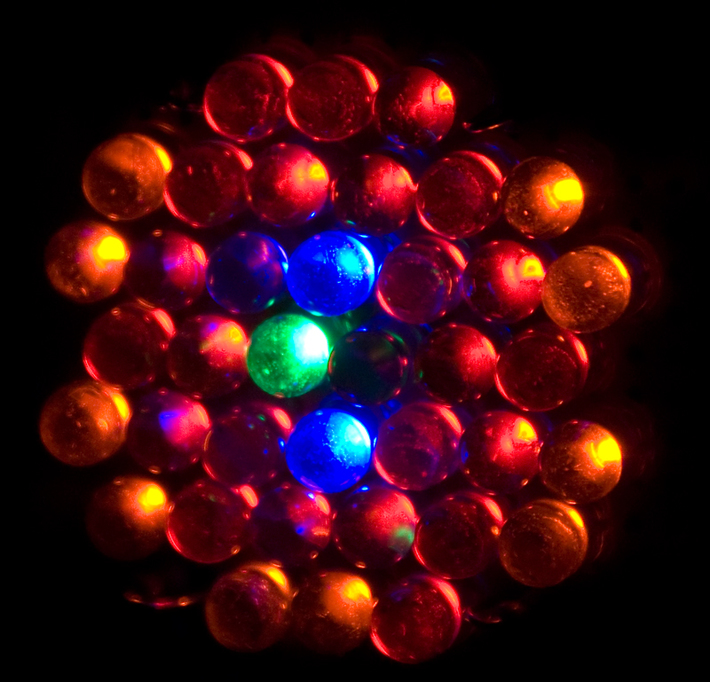 Raising FT on a concreate slab?

The stats:Based on my calculations my growbed would weigh close to 1k lbs., and my DWC would also weigh about 1k lbs. when filled.The fish tank will weigh 2k lbs. 20" tallThe goal:I would like to…Continue

I am interested to hear from people with indoor systems. My parental figures who think I will always be their "baby" were worried about my AP project because some far off acquaintance of the family…Continue

So I was thinking the other day about my future system and was wondering if anyone has tried this and if my concerns are founded or not. So the idea would be to have two or three systems to use all…Continue

I have been scowering the net looking for a good written out plan on the wood needed to build a 300 - 600 gallon tank and have been unsuccessful. I have seen koi ponds with no details to the wood…Continue

If you found us through a search engine, what search words were you using?
aquaponics diy

Please tell us something else about yourself.
Dietary vegan looking for a more sustainable food source

Over the last week I have been researching hydroponics, aquaponics you-name-it-"ponics" in order to learn how I might go about building a system in my two story condo.

Not surprisingly I have not found what I would consider medium to large systems contained inside a home outside a basement or garage; the former I have.

I am planning big, 300 gallons, 26sqft grow beds and maybe some NFT near the back end return. But there are several issues I have been coping with, the main being weight and space. My goal is to produce enough food for myself and maybe someone else in the future. I know it will not substitute for all the foods I eat because being vegan I eat many grains and beans which, from what I have read, are not suggested for growth in AP as you need soil vs media. And while I have money to invest in an expensive premade system there is no fun in building it, researching it, and solving my problem; that and saving money is nice :)

The location in question:

I own the bottom two floors of a 4 story condo, my neighbor owns the two above me, and the free room I have is over their garage with my office next to it which is over my garage. Maybe I will upload floor plans later :)

So knowing the space I have free originally I only wanted in my "free room" on the second floor till I considered the weight, which is pretty big. So now my thought is, do I put it on the first floor entirely or do I get really ambitious and do a multi-floor integrated system. I own this place so it is possible.

So far the best place for the tank is probably going to be on the first floor. Being I am vegan and dont plan on eating the fish I could either breed fish or just keep decorative fish in the tank and not breed them. If I place the tank in the dining room I would probably have to place the majority of the beds in the living room next to it. If I place it in the garage then I could place the beds in there (so long as I button it up from exposure) or feed tubes through the ceiling to the second floor rooms above (office / empty room)

As I think of more I will append this note

Looking at my system

Finally going to start getting the tanks together ... finances are not perfect but getting better so hopefully in a month I can have it up and cycling. (being realistic here)

My general numbers used for questions / concerns below:

I was looking over my photos and was curious to know what exactly you would like to see in this assembly guide.

This is to serve as a teaser while I compile the images I have take, two for each item soldered on so its a bit.

Also it should be noted this unit has not been tested beyond a short "pretest" of the LED's before soldering in place. I will try to get a working picture of this tomorrow when I solder on the main leads and the Jumpers for the other leads to jump to then next board.

This stated here is some goodness for you to look at. TLeft is 1, TRight is 2, BLeft is 3,…

Ok if you read my last blog post, and mainly the comments, you know I am still waiting for items to come in and I ran into a snag with the PCB hole spacing not being ideal for my ultra compact LED layout.

To review that is this layout

The problem is simple, if you place two LED's in with the anodes (positive side as indicated by the purple/pink…

Are you thinking of using it for a grow bed? Any idea how many gallons it is?

Thanks for joining the Aquaponic Gardening community!  I hope you find it a fun place to explore aquaponics.  There is a real blend of experienced and new aquapons in this community, so please don’t hesitate to get in there and start asking questions.  Everyone is quite happy to help out new members – no question is too basic.
A great place to start is to read the “How to Use This Site” link on the upper right corner, “Start Here” section of the Main page.  You might also find the “Aquaponic Gardening Rules of Thumb” guidelines helpful.