Fast-forward 2 years. I’m turning 18 and my mom asks me what I’d like for my birthday. Well, I can’t really think of anything else, so I ask her for a Windowfarm. What is a WindowFarm? Windowfarms are vertical hydroponic gardens which are designed to produce food in a small space, namely a New York apartment window. As described on the WindowFarm website;

“WindowFarms is a Brooklyn-based social enterprise that helps city dwellers around the world grow some of their own fresh food.  Windowfarms makes vertical indoor food gardens that optimize the conditions of windows for year-round indoor growing of greens, herbs, and small vegetables. The company runs a 40,000 member online community of growers. Windowfarms is on a mission to revive agricultural biodiversity and to connect eaters with sustainable food production for a healthier future for both humans and the environment.” 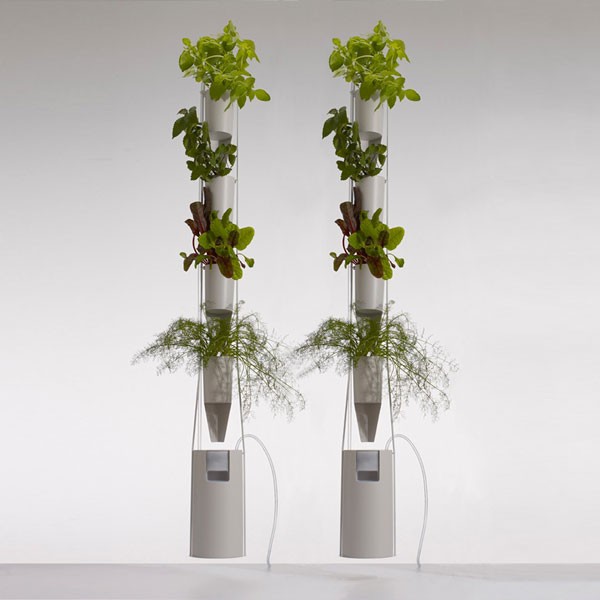 My amazing mother delivered! When I got my two column farm, I immediately set to work modifying it to work Aquaponically. The coolest thing is that the founder, Britta Riley, created the initial design through group collaboration online. Her friend, Rebecca Bray got together with other like-minded Brooklynese online, and together, created an open-source design for their urban garden. They then ran a Kickstarter campaign to raise funds to create a pre-fabbed version of their design. In addition, they offer detailed instructions on how to build a WindowFarm out of regular, household items. Ladies and gentlemen, this is the future: taking a concept, using the internet to collaborate, and from that forming a plan for how to make it happen. Next crowd-fund said project, while still keeping the design open-source and free. This model IS how to run a sustainable business in the modern age!

Since the release of her ground-breaking product, Britta has done TED talks nationwide which have touched the hearts of millions. At one point in the speech Britta said that already people had begun modifying her WindowFarm to work Aquaponically. This literally brought tears to my eyes. This was the validation I needed to move ahead with my idea.

I started out simple. I had at the time a 10 gallon fish tank with 2 koi fish which I had been given by a friend who knew of my interest in Aquaculture. When the WindowFarms arrived, I merely removed the water reservoir and added the two standing columns directly to the tank. 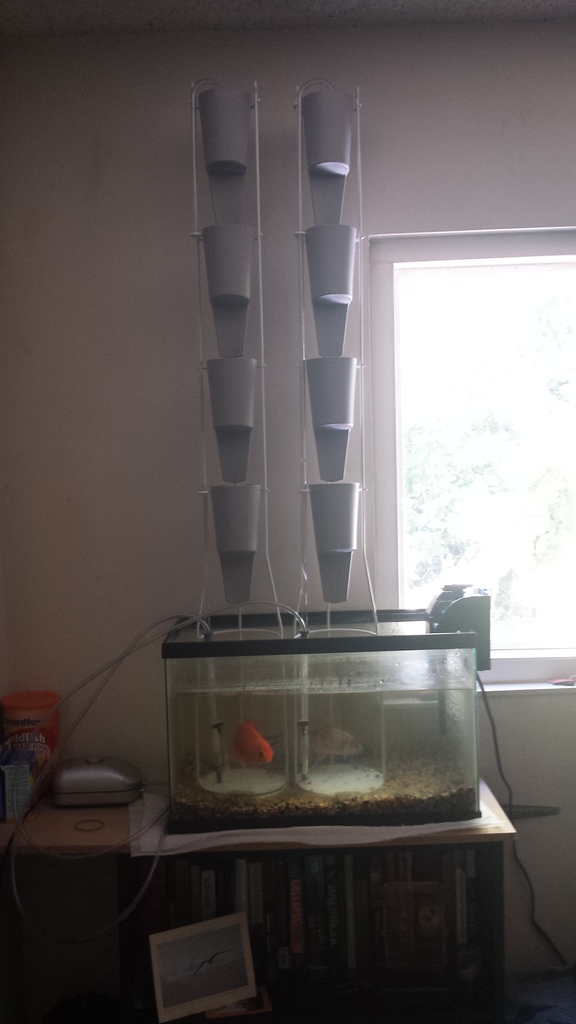 And it worked! Soon, despite poor lighting, I had a few beautiful plants growing!

This was but step one in my Aquaponic Journey….

Nice job Devin. Keep us posted on your progress. I'd like to see how your plants do.