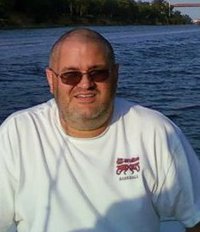 I have started a system with goldfish and plan to add catfish fingerlings. I was wondering what people are feeding their catfish and where to get it. I was hoping for an organic source but that seems…Continue

If so, what type of system? (pick all that apply)
flood and drain media, NFT, combination

How old is your system?
Less than 6 months

Mustard is almost done for this planting and the spinach is growing slow. Everything else is doing great. Time to move the rose bushes to make room for something else.

I almost forgot, I planted some garlic but it didn't come up. I am going to give it another try.

How are your Bluegill doing? I lost more catfish but the Bluegill are doing fine still.

The good news is I haven't lost any more fish today. Knock on wood.

I got them from Southeast Pond stocking. http://www.seponds.com/

Really nice guy. He gave me some good looking fish (way bigger than I expected)

The bluegill have been doing great. Lost one small one.

The catfish not so good. They ate a little the first day but have been in hiding ever since.

Found 2 dead this morning and only saw one other briefly. They hide in the folds of the liner. I had built a grow bed on top of the tank to give them a dark place to hangout but it must not be to their liking.

He is a marine biologist and kindly answered all my questions. He sells tilapia also if you are interested.

Thanks for asking about my set up, but it's still a work in progress... I've been out of town lately, so haven't been able to do much, and the guy I'm getting my system from, had a few problems with his suppliers.

I noticed something that you had mentioned about painting your fish tank to keep the algae down.  My guy suggested covering the tank with some of that styrofoam insulation, to keep sunlight out of the tank.  Though from the pictures I've seen of your system, you had a light walled tank, where mine is black. See picture below 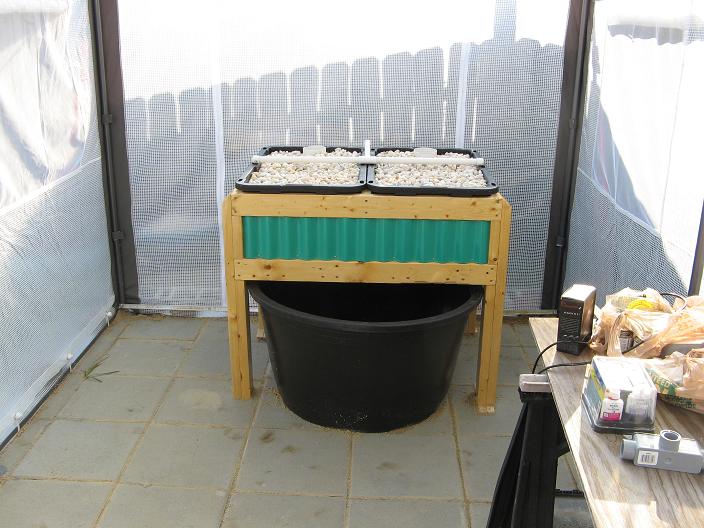 Hope things are going better for you and the fish....I just read the blog, about all the fish deaths.  We are thinking of going with Koi for fish.  We don't eat fish, so wanted something that we might be able to sell later on, and raising Koi seemed to be a good idea, since they have a pretty good resale when they are large.  Of course, this is just stuff that we've heard, so don't know if it's true.

I'm hoping I can do it all year around,  it might get cold in the winter enough so the fish will not eat.  I'm sure i will have to make some heating modifications for year round production, But this is all new and time will tell.

Yes i have a 35 watt air pump so if power goes out fish will have a chance.

The pump I am running is rated at about 4/5 GPM at about 5' high (Mag-Drive #3 pump).  I measure it and it is putting out 3GPM. My system is by Friendly Aquaponic and they say for my system 2 gph should work, so i am safe.

I like your gravel set In your system, look great, which do you like better?  I hope to add one later

I enjoyed your video, is that a mini solar panel on top of the pole what are you using it for?

Thanks for joining the Aquaponic Gardening community!  I hope you find it a fun place to explore aquaponics.  There is a real blend of experienced and new aquapons in this community, so please don’t hesitate to get in there and start asking questions.  Everyone is quite happy to help out new members – no question is too basic.

A great place to start is to read the “How to Use This Site” link on the upper right corner, “Start Here” section of the Main page.  You might also find the “Aquaponic Gardening Rules of Thumb” guidelines helpful.