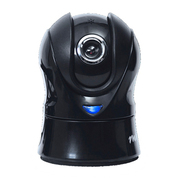 Designs, Experiences, and Ideas for automating an AP greenhouse.

arduino's have a future in aquaponics in my mind.  Not many people talking about their use of arduino's and aquaponics.  Windowfarm groups are much more active with arduino's and control of systems. …Continue

Well this could be considered a banner day around here as the Trout will be so happy to get their meals on time. I only have around 40 Trout divided between two 330 gal ibcs so I only needed 2…Continue

after years of killing fish, we are excited to reveal our first smart aquaponics controller v1.this is basically 10+ years of aquaponics experience in a microchip.…Continue

This was posted to the group initially but I felt it would be better suited to have a place for discussion here. I do apologize for double posting this, I should have posted this here at the outset…Continue

You need to be a member of Automation and Remote Monitoring to add comments!

Nice Job John,  I know that troubleshooting this stuff can make you want to pull your hair out.  Did you ever consider using the arduino ethernet shield?  Or were you more concerned on keeping the price low and DIY?  I bought some xbee's to do wireless serial communication between the arduinos and my raspberry pi that will be the brain of the operation.  I'm thinking I will either do what you did and log a database or spreadhseet or try realtime reading, but I'm not quite there yet in the planning stage.  Are you using apache for the web server?  I need to get up to speed on my PHP and see how to read the data and display it.

Currently I have been working on my webcam bot, I got it working running through the raspberry pi using WebioPi to control the servo motors through a web interface to pan and tilt cam.  I need to move it outside, but I have been hesitant as I need to plan out the location so when I add on other sensors and the fish feeder that everything will be centralized.  Ugh, I thought just doing aquaponics could be time consuming!

Speaking of Instructables, this is the one I used to make the Arduino compatible circuit.

It's very good, although there is a discrepancy with capacitor selection between the circuit diagram and the Instructable steps.  No biggie.

Those temperature reading are from the unit sitting on my work bench.

I've got a programmable thermostat that lets the house get warm while no-one is home and kicks on to get the house cool in time for people to arrive home from work.

The severe fluctuations are due to the fact that the unit is right under a cooling vent so it cools rapidly in the cold air flow.

I don't expect a water thermometer to change that rapidly.  Poor fish, if it did!

I've never done an Instructable.  Maybe it's time I did.

BTW, the #1 problem I had was the wiring between the Arduino and the network module.   I came within a whisker of tossing the whole project over this one.  Took me FOREVER to find.

I had a breadboard between the Arduino and the network module because it was easier to develop that way.   This resulted in frequent, irregular and untraceable loss of communications between the two units.

Even when I direct wired the Arduino to the network module using short pieces of wire, I would have occasional loss of comms.  A wiggle of the wires would see it come back to life.

This drove me to distraction, and because I'm a programmer first and an electronics guy second, I had a heck of a time tracking it down.   Now that I know the weakness, if I start to see loss of communication I'm going to solder those leads down tight!

I'm currently waiting on some 1-wire temperature sensors from China (eBay) and then it'll be time to stick it in a box and see it work.

I've had a heck of a time getting it reliable, but I'm fairly confident that I've got it beat, or at least good enough for a home monitoring system.

If you're curious I have a couple of data pages on the web that show the progress of the device.   Currently it samples temperature data every 4 seconds.   I don't think I'll do it that often when the project is finished, but this is a good stress test of all the moving parts.

Reliability Details : This page shows the last 10 data records inserted in to the database.

It also gives a breakdown of the internal buffer usage.

To get reliability I have done the following:

Hourly Record Counts : This page shows the number of records per hour over the last 24 hours.   At a data sample rate of 4 seconds, that equals 900 records per hour.  When there is a count of 899, it probably indicates a network module reset.  When the count is way below 900, it indicates that the Arduino performed a full reset or has stopped working.  (Or that I've taken it offline to further tweak the code or add more hardware!)

Cool John, im working on something similar let us know now it works out.

After a long, long, long, development process, I'm just about at the point of having a DIY Arduino-based, wireless, self-resetting, web-posting temperature sensor for my AP system.

Results chart is currently being show on http://arduino.clanteam.com/chart.php 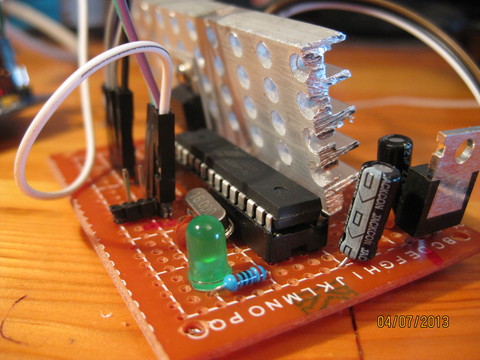 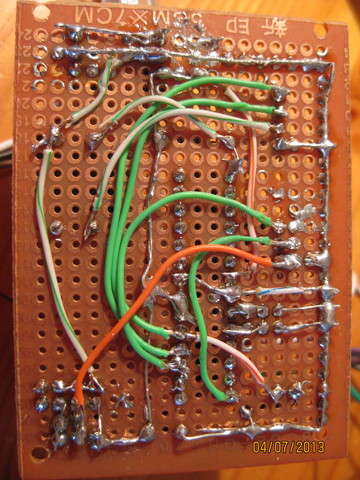 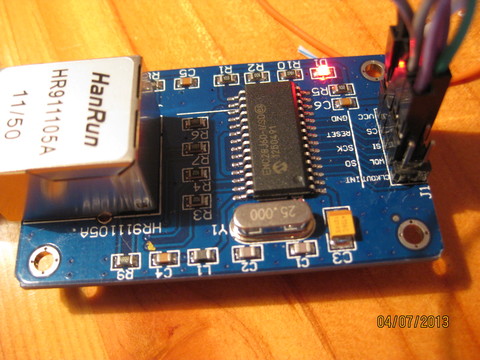 Samson are you still looking to automate your system?

Hey all. I'm now at a point where I need to start thinking automation. I have done some preliminary research and it seems that people are having great luck using arduino. I wanted to get your take on how I should get started and which arduino board to start with. Any help is appreciated and as always thank you for your time.

Kirsten Dirksen of www.faircompanies.com just released the youtube on the "Internet -of-Farming" It is based on aquaponic system.