i am currently trying to get a piece of property to set up a scaled system.

basickly i dont have a system that is running

but i want to share my last 4 years with aquaponics

2006 my system was 1 baby pool of 1000 liters in my garage and adding another baby pool later when the fish got bigger.
looking back and seeing how much I really did wrong.......the poor fish....but they lived through
all of that and grew bigger
I use to replace water when the my nitrates got to high.
My lawn looked the best.
Then I went to a fish farming franchise proposal on tilapia farming
I got the opportunity to see their setup and .......theirs was aquaculture with tilapia
that gave me the basics of a system.
After reading an article on Aquaponics I started experimenting with plants.
Then the whole idea of just fish was gone.
Aquaponics...................that what I wanted to do.
Growing tomatoes 3 meters high in a +-75 mm geyser tray.......outside my garage.....to me it was wonderful.
From that I printed something of the internet and started designing my system.
Very basic and not to SCALE.....

2007 the building and setting up my system started
From the levelling to pulling the plastic over my tunnel I battled but I did it, took time.
2007 was a very good learning curve with the fish and fish health,
I had problem....problems.....and more problems
This whole year was spent on trying to keep the fish alive and building my system.
This year I also tweaked my system and sorted out problems
So to say 2008 I only really started my system and from there it never stopped all up until July 2010
2007 I also attended a 2 day hydroponic course and that helped me quite a bit with the basics of growing plants

2008 was when things started getting better.
my fish healthy and i then started planting.
never really having a scaled sytem but growing different plants very succesfull.
not syaing i never had problems and then........ the challenges also started getting bigger.
the system had grown from when i was in my garage 2000 l water
to a 96 sq meter tunnel and bigger gowing trays and more fish and......my own small worm farm.
i use to call it my hobby that turned into a monster.
this pilot project was my baby........only me but loved it.
in the port elizabeth area very few people even no what aquaponics is.
what i know comes from trail and error but was a very good learning tool.

Permalink Reply by Harold Sukhbir on December 25, 2010 at 9:20am
Hi Francois, the joy in what you have learn't is that no one can ever take it away from you, Season's greetings and Peace to you and your family.

Permalink Reply by Francois Lemmer on December 25, 2010 at 9:28am
thanks Harold and you and family have a good one too

So what are you on to next Francois?  Good to see you over here too.
yes sir here we are again
still dreaming of building another system
but i will have to be patient until the oppertunity comes up
hopefully soon
regards
francois

So what are you on to next Francois?  Good to see you over here too.
reading this again i think i have the answer
i want to try and grow snails
been doing some of reseach on how
maybe i will give it a go

My 2008
Revision 1.
I in the beginning had wide and narrow grow trays. In this photo you can see the difference between wide and narrow trays and the 2 extra out flow’s that was not in use. (Blanked of) 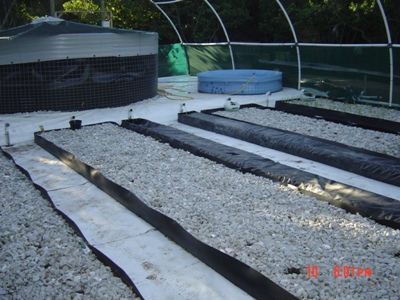 So in total I just had 6 grow trays flowing in the system. Four were filled with building stones from a quarry down the road and the 2 narrow trays were flowing under black plastic. The dam in the background was a tilapia dam from Hydrex. Dam water volume was 23 000 litres. the small blue dam was 1 of the dams from my garage.

These are the plants from that time and how they grew :

These 3 photos are lettuces seeds sown from the packet between the stones. 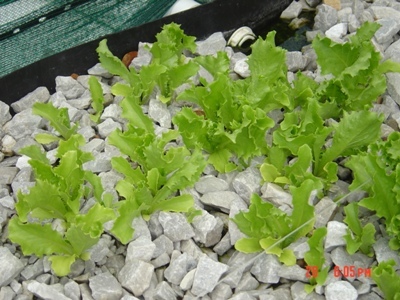 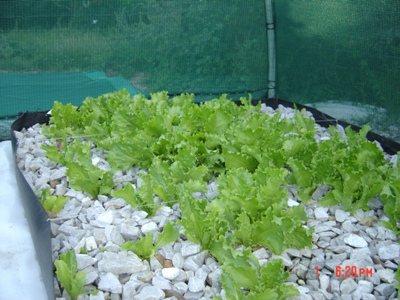 Then this was a type of grass not sure what type but something I tried growing in my system. 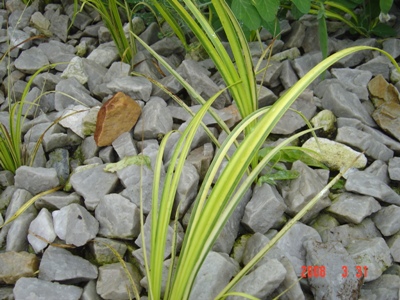 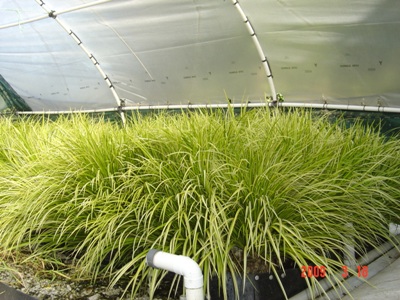 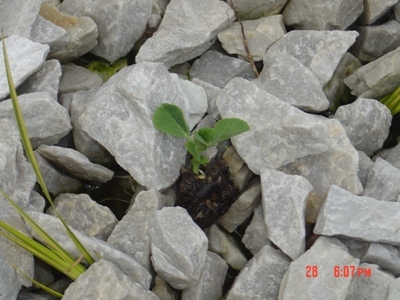 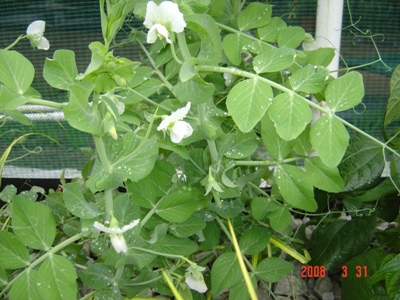 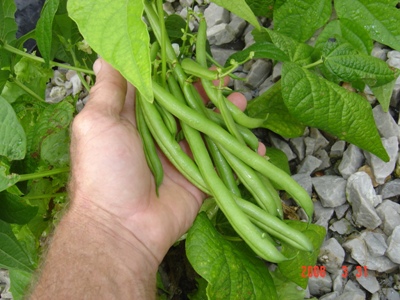 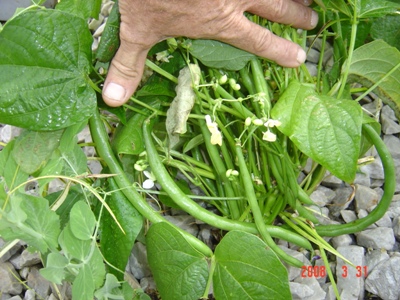 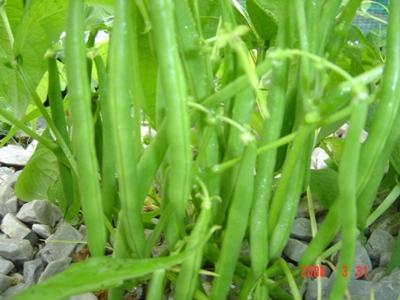 I planted a lot of different things testing what I could get my hands on and what I had time for.
Most of what I planted grew....maybe not that good but if it did not I would take them out and plant something else. 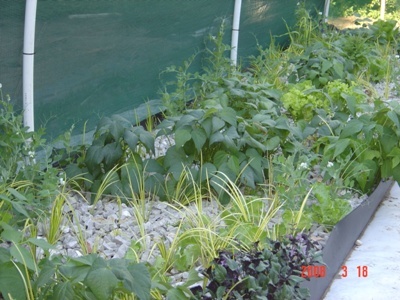 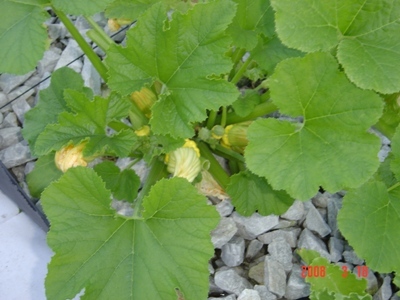 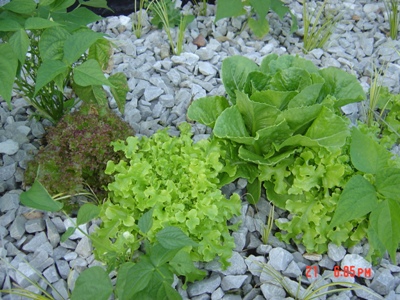 I started using the seeds that I was harvesting. 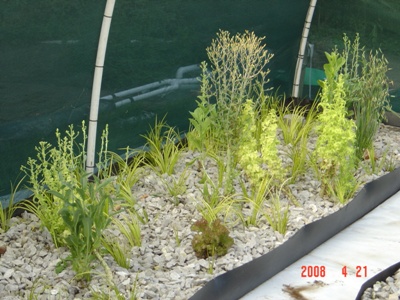 Planting of your own seedlings for a system i feel is/should be part of your process. 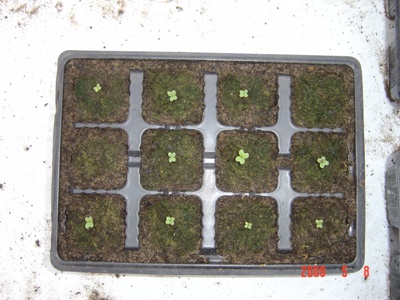 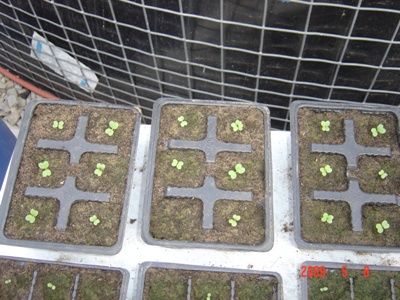 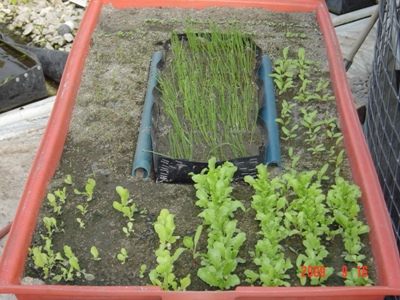 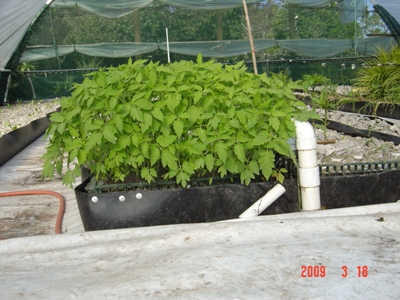 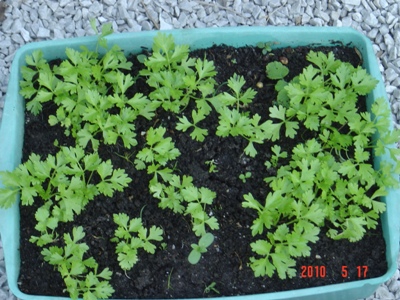 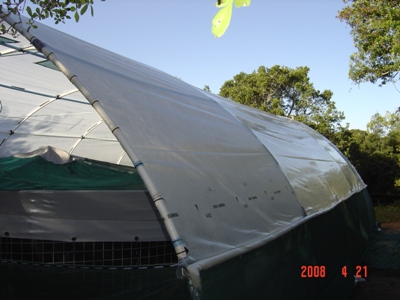 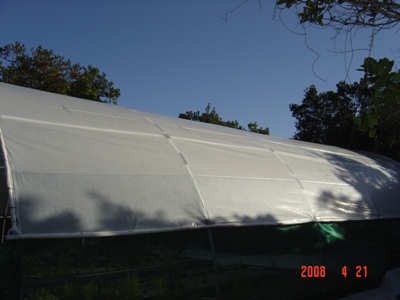 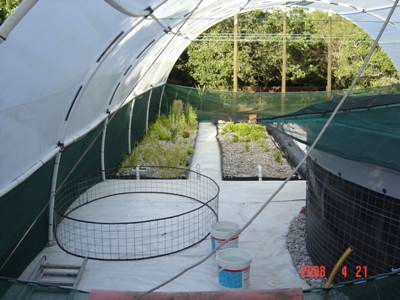 ﻿Going into winter the plastic really helped, not realizing then but later when I went through a winter without plastic.

Plastic was good for winter but summer was a big problem.

Permalink Reply by Harold Sukhbir on March 2, 2011 at 10:00am
This is simply amazing Francois! It's like a very beautiful story. I just love this evolutionary process of yours. What are those tanks made from? Is it welded mesh with a liner?