Recently, we were given about 20 small goldfish that were rescued from a local festival - we either took them or I was afraid they were just going to be thrown away.  I didn't have a suitable tank that they could go into and so I built a small aquaponics system for them in our living room: 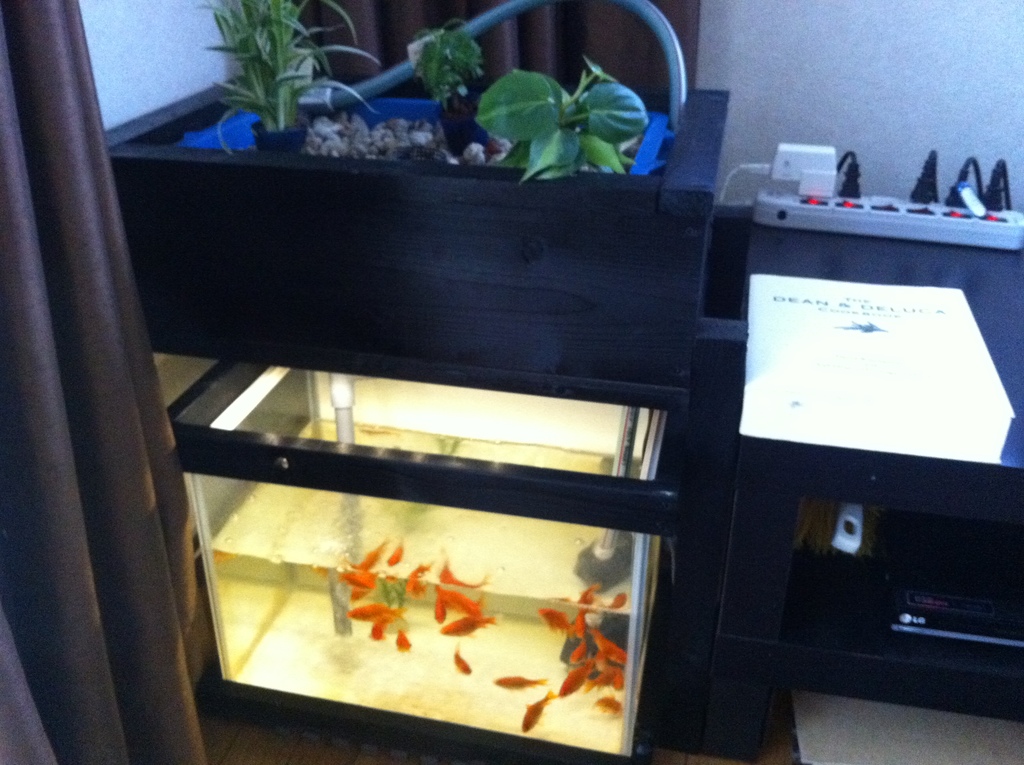 This is just for now as we will be moving the fish to a bigger tank as soon as we can, but the water clarity is very good and the chemistry is also positive (we used lava rock from an existing system so the bacteria are doing a great job of filtering the water).

The system is using a constant flood method so that the water height remains constant in both the growbed and the tank, and we added a venturi to the outflow so that there is loads of oxygen being continuously pumped into the tank.

So a small little impromptu system that took an hour or so to put together - nothing special or exciting but the fish seem happy and will be adding some ferns and micro houseplants to the growbed today.

There are more details here if you would like to see: