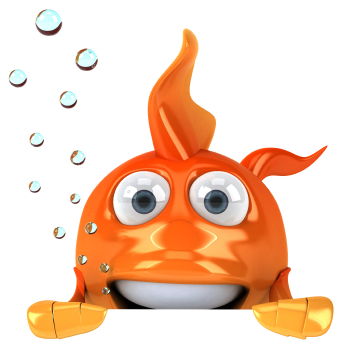 Hi all! A friend of mine started an aquaponics system, and I'm behind her by several weeks.  I'm wondering if I can use some water sampled from her system to do my cycling, or to speed it up.  Any…Continue

Hi All,I helped a friend work on her aquaponics system, and it was really daunting! I'd like to start one as well, but I'm more hesitant to invest the thousands of dollars necessary for a larger…Continue

If you found us through a referral or a newsletter, which was it?
Sylvia Bernstien

Please tell us something else about yourself.
Just getting started, hoping to learn a lot here!

I had a few temporary set backs.  Our baby boy was born May 15th, so I've been busy with him and helping my wife.

In regard to my system, I ran into an algae problem, so I thought to use some of my algae loving tropicals to remedy it.  Out of 7, I lost two to jumping (to which I fixed with some nice plastic hardware cloth like material.  Two others I lost to an algae bloom after a rain storm, so I moved the remaining three back inside.

I first used hydroton in the 2" pots with slots and got mixed results.  I then tried hydroton over the top of river pebbles with horrible results and then hydroton by itself with pretty much the same.  I found that hydroton floats unless you fill it way above the max water level in a drain and fill system.

The good news is that my 20 ounce Dr. Pepper bottle bell valves work perfectly.  The cap fits snugly in 1" thin wall pvc.  I used Uniseals instead of bulkheads or through hull fittings for an inexpensive alternative. http://www.aussieglobe.com/uniseal1.htm is the best place I've found to get them.

My current project is focused on "Using What You Have" and includes two old claw foot bath tubs and bus trays I had gotten from Sam's Club for another project.  I used to reclaimed 2x6s to build the framing over the tubs to hold the trays.  A Quiet One 4000 pump moves the water.  I had intended to buy more trays, but found they were more expensive than what I initially thought.

The entire system will include numerous 55 gallon drums (a dozen or so) cut in 1/4 and 3/4 sections instead of half down the middle.  The 3/4 section will be for fish and the 1/4 for the grow bed.  I have some drums that I already cut the tops out and I plan to cut holes in the tops to hold 2" pots and float them somehow.

Another part of the system is using an old hard plastic kiddie pool with a sheet of foam for deep water lettuce growing.

Next step in this is to build a mini hoop house out of pvc and visquene to cover the trays and use pea gravel instead of hydroton.  Heavier, but it doesn't float and should resolve my problem.  I'd like to switch over to expanded shale, but haven't found a bulk source yet.

Where are you located?  I'm in Terrytown on the Westbank of New Orleans.