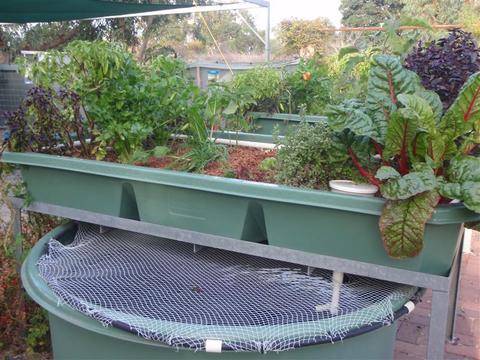 I'll get back to Cooling with Enthalpy next week.  We just had a baby girl on Sunday, so I'm a bit busy :)

This week, I'd like to point you to an excellent trial from Backyard Aquaponics that compared three types of grow beds under exactly the same conditions.  The link is to a 40 page thread, so pour yourself a tall one before you start :)

In this 2010 trial from Australia, they compared a variety of types of veggies grown in three systems, identical except for the method of supplying water: 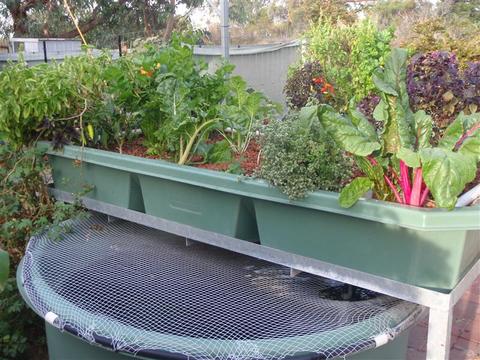 The result from this small 18 month trial is that timed flood-drain wins, hands down, across most plant types with faster plant growth, more worms, and larger fish.  It also used less energy since the pump switched on and off. The constant-flood and bell siphon systems traded back and forth for 2nd place.  In the end, certain kinds of plants did better in constant flood and others with the siphon. They provided no explanations for why they thought the results were what they were, though others made a lot of speculations across the 40-page thread. They were trying to be un-biased, so avoided making judgments. One of the most interesting findings, to me, was that the systems all tracked along a consistent temperature profile. I would have suspected that the flood and drain would have been cooler due to more evaporation, but it didn't happen that way.

On the other hand, it did produce a lot of slugs. Flood-drain with an indexing valve wouldn't need a sump tank either. The pictures included are of the final growth, though this is after 18 months of crop rotation and harvesting.  Unfortunately, they didn't weigh the produce output from each system though they did take many photographs.

There are many more pictures, detailed figures, and helpful comments on the thread.  It's an education.

Way cool.....I can't wait to hear about it. The big phase change tubes very confusing to me.

I'll (finally) get to using enthalpy in cooling this week.  Thanks for your patience :)

I'm developing a phase change product you might like.  It's meant to go right at the base of plants so it doesn't have to be very big or expensive.  It would create a microclimate.

Very thorough and fun to read. I'm trying to understand delta H as relates to Cooling. I'm building a large passive solar greenhouse and trying to use tons (literally) of thermal mass and outsulation to isolate the growing area from the outside. Can't see phase change as an affordable design option, but it's all new to me.