Today is a big step in my little aquaponics experiment.  After patiently getting my cycle running over the last two months. Then watching my fish in quarantine for a week.  The time has come to put it all together.  Presently I have Lavender, Lettuce, Spearmint, and Parsley growing in the bed with Oregano, Rosemary, Spinach, and Chamomile incubating in the seed tray. It was a bit of a challenge to get up to this point.  I had a wicked learning curve trying to figure out the peeponics thing.…

How my garden grows a year later

Still going. A Jacuzzi about 300 gallons supports about 75 Tilapia, three type, I think. It also has 3 channel Catfish about 12" long and 3 Chinese Catfish about 8 to 10" long. The Tilapia, especially the white ones are at least 10" and while I do nothing to bred or separate them, they must keep the population in check. There are always juveniles present. Maybe some grow and others don't.
The Tilapia same age and from the same source in an 80 gallon and a 40 gallon eat plenty, but stay… Continue

TOLL would you buy a solar power plant for off grid fish farming?

Solar fish farm Arcadia Florida  My company was developing a solar powered fish farm in Arcadia Florida.  Within 2 months of purchasing a fish farm DeSoto County violating the laws of Florida issued a cease work order on the solar power plants being constructed.  These farm structures, sheds, come under the authority of Florida Dept of AG ONLY!

Florida laws Right to Farm Act and Florida aquaculture policy act both were not enforced by the FL Dept of AG destroying the business plan of DRD Enterprises Inc of Davie to develop a solar powered fish farm!

Seeking help in correcting this injustice.  Responses from Florida has been to hire a legal firm?  A small business that has been destroyed by illegal actions rarely has funds to  hire a legal firm to uphold the laws of…

I finally put the effort into finding sources for pH up that aren't from the hydroponics store, and it turns out I can get both, easily, in my small town.

calcium hydroxide is known in the masonry world as hydrated lime or masons lime. It's cheap (8$CDN for 25kg) and you can get it at any home building supply store.

potassium hydroxide is sometimes also known as lye, however, take note that lye can also be sodium hydroxide so double…

I have finally got around to start to work building my AP system. I bought two 55 gal barrels and eight 275 gal IBC totes a few weeks ago and then the weather got cold and wet- progress stalled. At least we have had a few days

The system I now plan to build is quite a bit different than the one I originally planned. That is due to the help and advice of some of the people here.. Thank you.

I will buy the piping itself at one of the big box stores, but I can save a bundle by…

Well, I was asked by my kid's 4H club to help them do an exhibit on aquaponics.    So I am drafting some new plans for a small demo system, and I'll have the kids make posters with information about aquaponics.    A friend of mine (Allison) shared with me a picture of a small start up system, and I'm thinking of doing something on this order.… 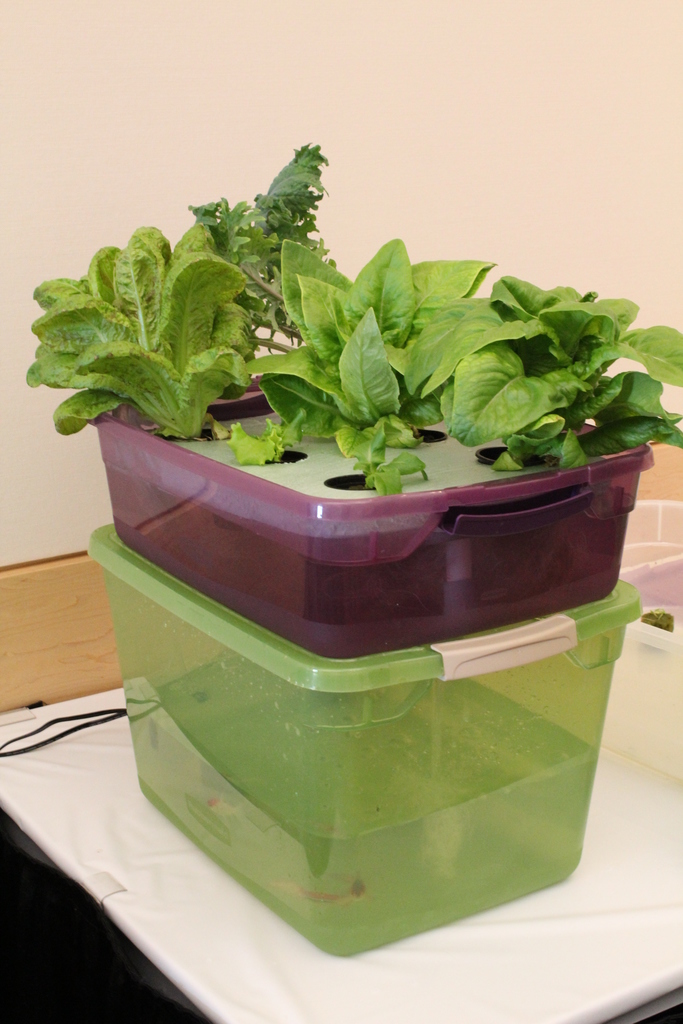 Hi everyone, What a busy year 2012 has been! Organic veggie growing, building a greenhouse, learning aquaponics and fish culture, developing a market for our food, raising and breeding laying chickens, planning for bees, goats, calves, earthworms, fly larvae, duckweed, flowers and berries. And 2013 is getting started with a rally- in January, we're traveling to California to help develop an aquaponics system, based on our model, that will go to Nigeria to help flood victims.

MY worms are soooo freakin happy, i think. 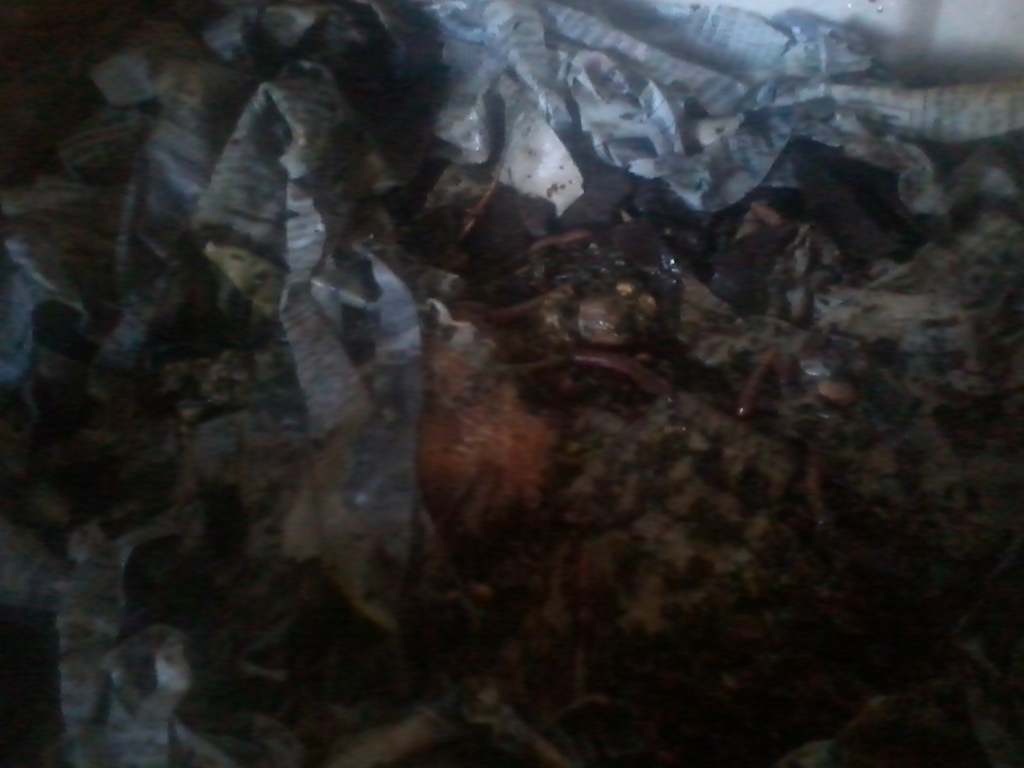 they are lively, and slowly, but surly eating away at the food i smear out for them. i found these little black globbs all over the bottom part of the tub. 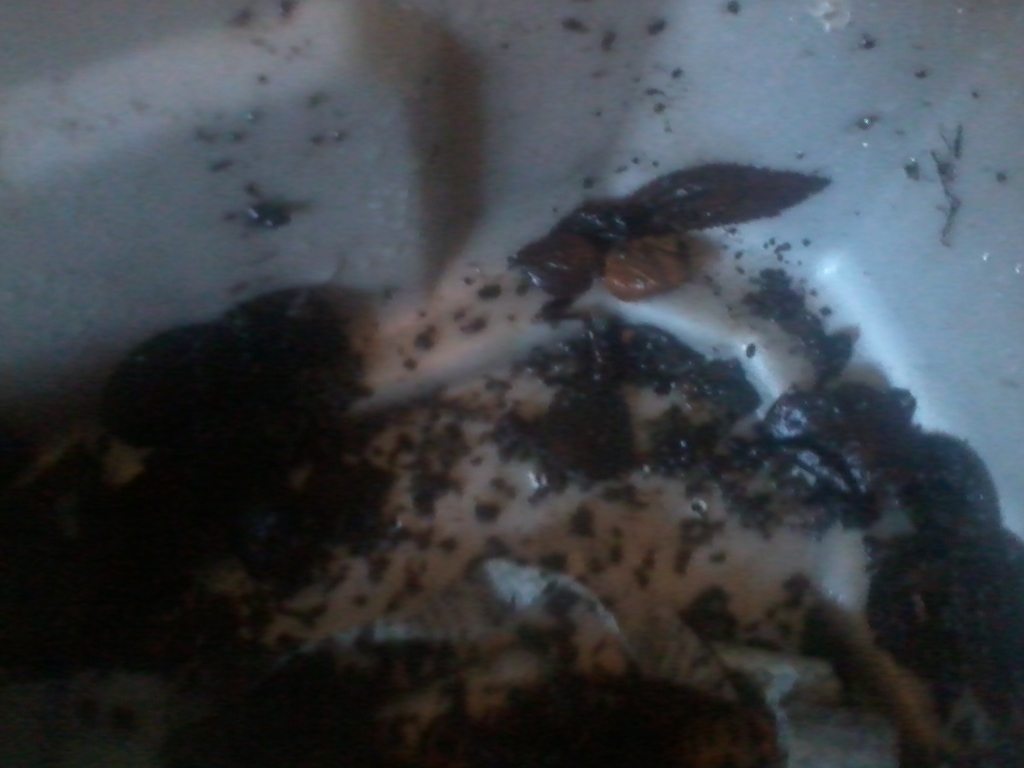 here is THE PLAN. i'm going to acquire a 55 gallon plastic rain barrel for my fish. i'll get a pump and pump water up to two grow beds that are out to the side, but still above the tank so i can use an auto siphon to drain them out. 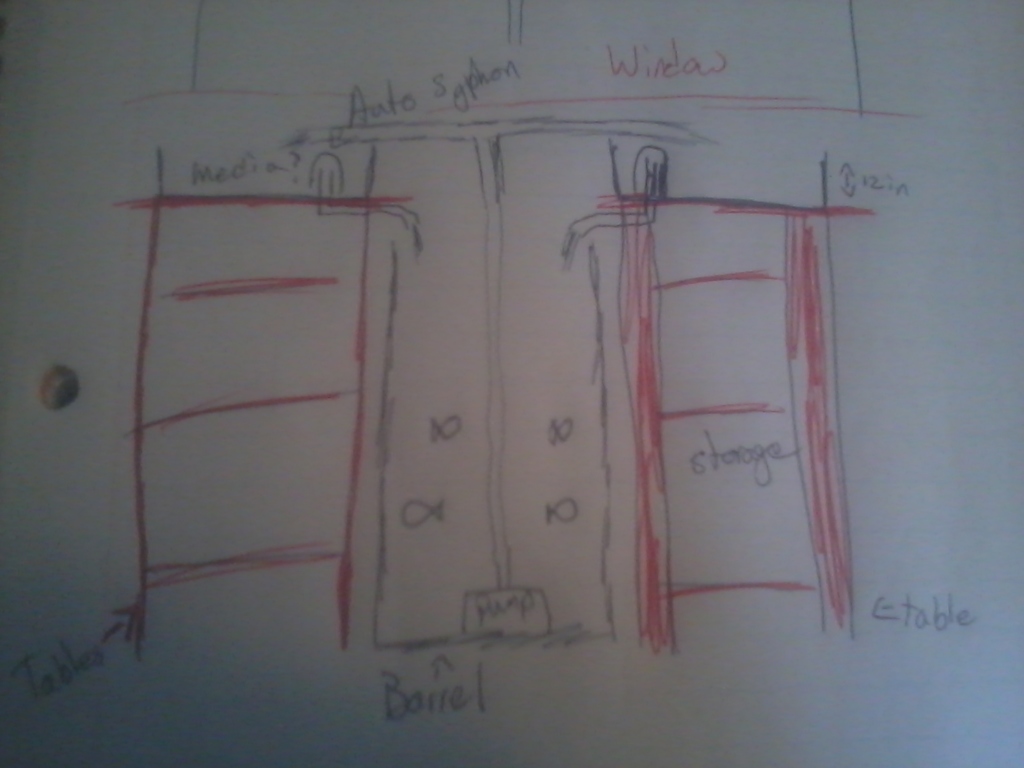 i will start out with bait gold fish that i can get for $3.79 a dozen from a bait shop. eventually once the system is stable i would…

Making an in tank heater

So after seeing someone that turned a deep fryer into a tank heater, I thought I can do that. So  Here is the build

Looking around my garage i found a wall paper steamer that i got and used once to remove car window tent. I also went to the pluming store and got some  parts. (listed at bottom) 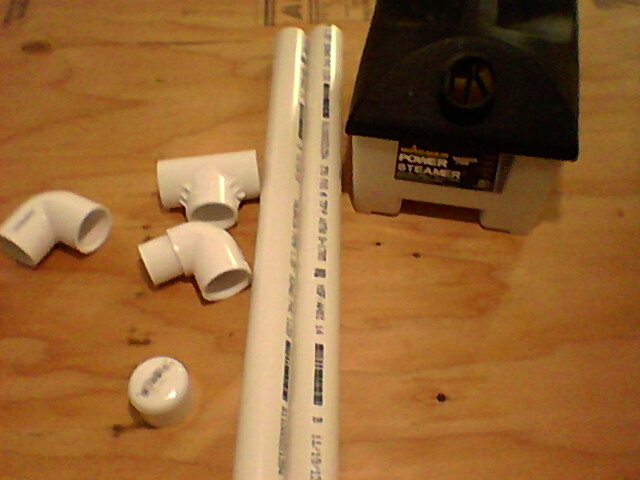 After cutting the top off the steamer I Removed the…

A little sad and a little funny.  I was watching my fish a few hours ago and was watching them fight, as usual.  The chase of the food.. I ran out to the store and when I got home I went back to check on the pumps and tanks and the tank seemed unusually quiet and calm.  Looked down and, there was gold...another gold. another gold....and silver.  Silver?

I looked closely and noticed a tail sticking out of the pump.  I shut it off and out floated what was left of the bully fish.  Seem…

i don't remember the first time i saw aquaponics explained online. perhaps it was a video, or an article. one thing i do know, is that it has inspired me. i am currently a student at my local community college, with big dreams of having a PhD in chemistry or agriculture perhaps. even in high school i wanted to be a chemist because i wanted to pioneer the many uses of industrial hemp. now that i've been out of school and worked for a few years my dreams of saving the world have evolved into a…

Custom vs. kits - the joys a building an aquaponic system from scratch

A happy new Year to you all. Happy fishmas, too :) It is summer here in  South Africa and I was hoping to show off my crop by now but all I've got is a leaking growbed and a bunch of lessons learned. In particular I am wondering what your experiences are with respect to custom vs. kit Aquaponics. How much did you spend or save in terms of cash and effort.

I've put together a little post to show my own progress. I think it is going to be a beautiful setup but judge for yourself:…