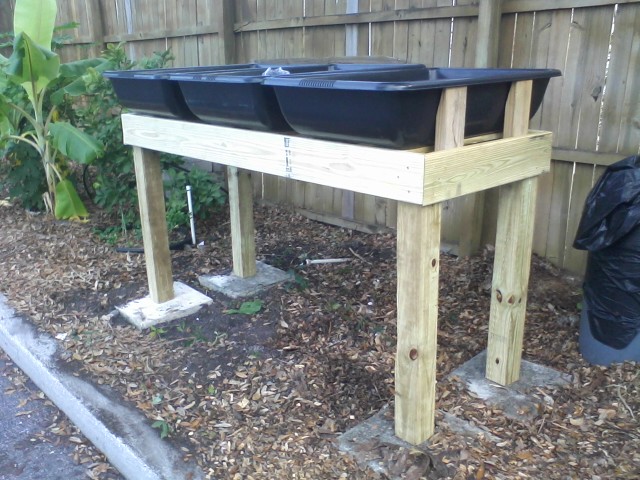 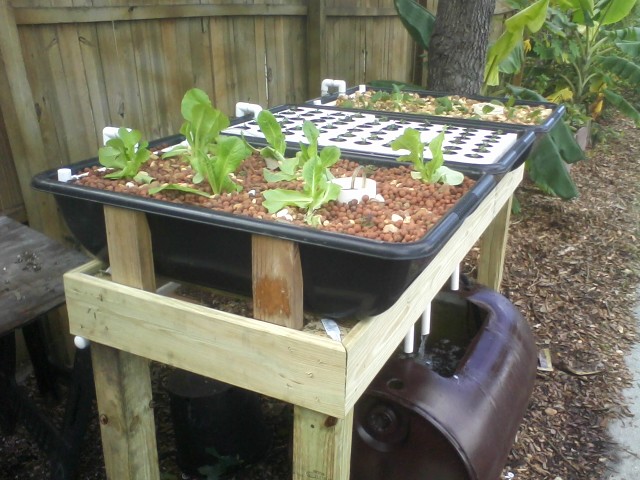 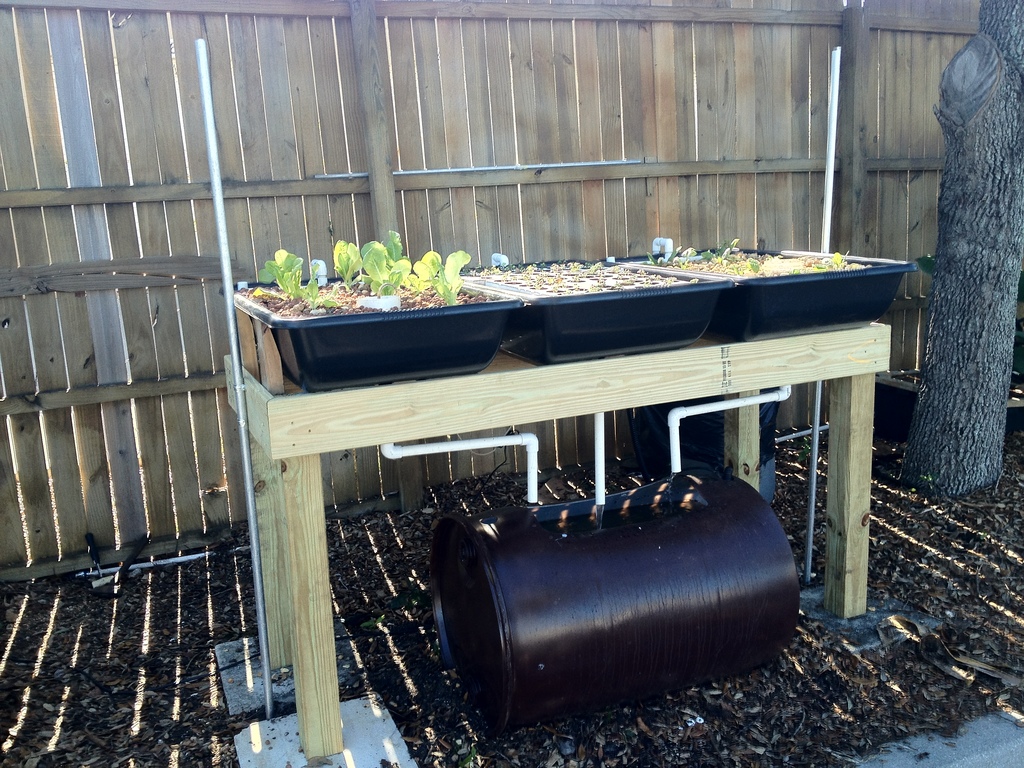 ...You will be able to build them yourself  with local materials or purchase them form Sahib Aquaponics.

Hi, you can't actually see it in the pictures... I laminated a 2x4 to the backside of the 6" board to add structural strength. The span could be longer by using this method. Of course 'what' you had in the tubs would determine the overall length.

The 6" boards I used here were 5/4 decking boards....which have a nice smooth finish and a rounded edge. To save some on the cost, I could of used 'corral boards'...which are a PT 6" board, a full 1 " thick and 16 feet long....the finish isn't quite as smooth. 'Some' home depots carry them, tractor supply carries them too.

To keep the cost down....I bought a white food grade barrel and a can of rustoleum spray paint for 'plastic'. The paint makes it look a lot nicer. A 100 gallon or a 150 gallon rubbermaid stock tank would work nice too.

Last week, Sahib shared with you the prototype of the Aquaponics Hybrid urban growing system that we call “The Zero Lot / Backyard Gardener” System and introduced two growing methods, the raft system and the media beds. This week we have introduced what David Hart, one of Sahib Aquaponics key members called “Sahib Sandwich Towers” as well as recirculating wicking beds.

The idea of building the “Sahib Sandwich Towers” actually came to me last year when I tried using Nate Storey’s ZipGrow Towers. We have just been extremely busy in other Aquaponics research, preparing for the Florida and the Aquaponics Source Farm Tours, building  Phase II and organizing the inaugural Aquaponics training workshops by Aquaponics Urban Gurus (December 10th & 11th 2011), that we have only got around to actually building them now.

Let me state at the very outset. Nate’s ZipGrow Towers are excellent for vertical growing in Aquaponics Systems, and I recommend them wholeheartedly. They do provide excellent vertical growing mediums and are a valuable asset in Aquaponics. Having said that, I personally I found using them is at times a little challenging. They do require considerable force in pulling out the filter media and reinserting it with planted seedling. I was not always successful in being able to achieve this task successfully on my own. Further, always looking to maximize the growing space in my extremely limited urban space, I felt that one side of Nate’s ZipGrow Tower was being underutilized. I planned creating vertical towers of different widths and lengths that would be easy to use and provide two growing areas. The vertical towers would come apart like two slices of bread or a roll to allow for the transplanting of seedlings. Once all the seedlings had been transplanted on both sides on one half of the tower, the remaining tower would be guided back over the planted tower and be ready for hanging. The vertical towers would have fixed nuts & bolts on one side and allow flexibility of growing opening by use of a wing nut on the other side. When I described this to David Hart, he immediately said “Sahib Sandwich Towers’.

The following photographs will show you how they function and enable you to see how they have been built. We will be building them in various lengths and widths and they will be available for purchase shortly. 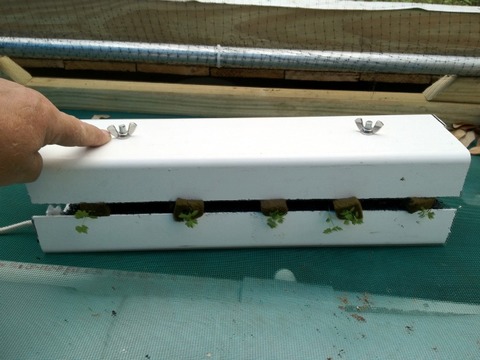 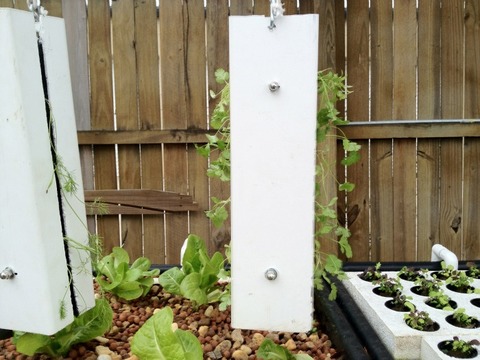 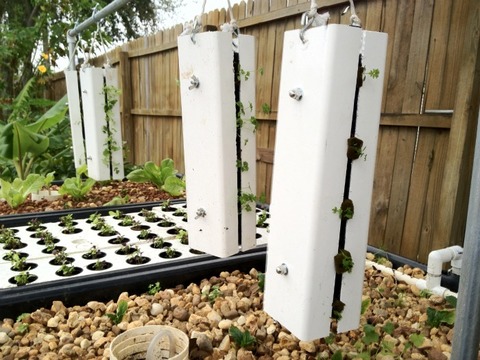 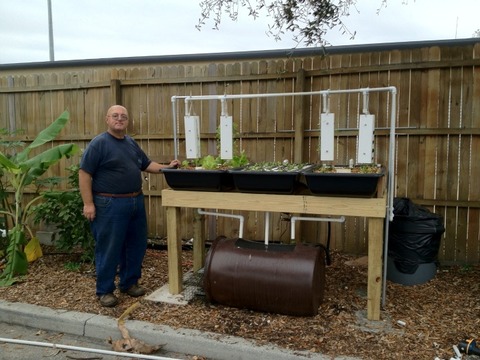