The Aquaponics Tour is HERE

The Sacramento Aquaponics Community would like to welcome you to this year's tour.

We will be caravanning around the Sacramento area to see a variety of Aquaponic systems that some local urban farmers have been working with.
Tour info:
If you are interested please RSVP with me as soon as possible. In order to give you the best experiences we are limiting the number of tour members to 40.
After RSVP confirmation I will send you more details about the tour
Please email the following:
1) Name
2) How many will be in your group (including yourself)
3) What area are you from?
email to nailewis@gmail.com
We hope to see many of you there!
If you have any questions please feel free to contact me by email or call 916-776-6133
~Ian 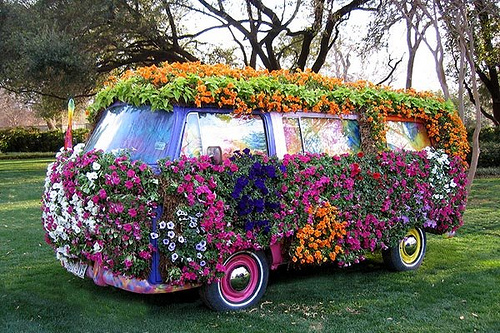 Great tour Ian, thanks so much for organizing, and thanks to the others who showed off their systems:  Sol Collective, Janet, Pierre, and Tim.

I have pictures from the last two stops - see below.  If you were on the tour and took pictures, how about sharing them here too?

First, from Del Oro High School in Loomis, where student Pierre Beauchamp and his buddy Hayden showed us their grant-funded system in a real nice pre-existing 1000-square foot greenhouse: 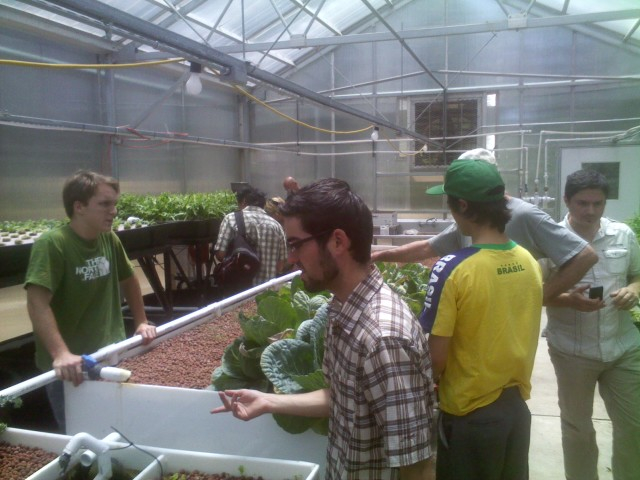 (from left to right, in the foreground:  Hayden, Ian, Pierre (Brasil), Slav) Hayden & some gigantic Black Seeded Simpson lettuce.  If I recall correctly, I think Pierre said they put out something like 5 dozen heads of lettuce a week. Pierre uses a combination of flood-and-drain media beds and raft beds.  He doesn't use conventional autosiphons in his media beds - I can't remember why not.  He designed this instead:  uses a toilet flapper and float.  The question-mark shaped pipe is an air line with a float valve on the end.  Pierre explained that because of the height of the sump tanks, to get the proper flush, he needs to have the drain line open to air when the water in the growbed is low, and closed to air when the water in the growbed is at its highest.  The float valve on the air line accomplishes this.

Last stop on the tour was in Loomis where Tim Pinson is building a system on the farm of clients of his: 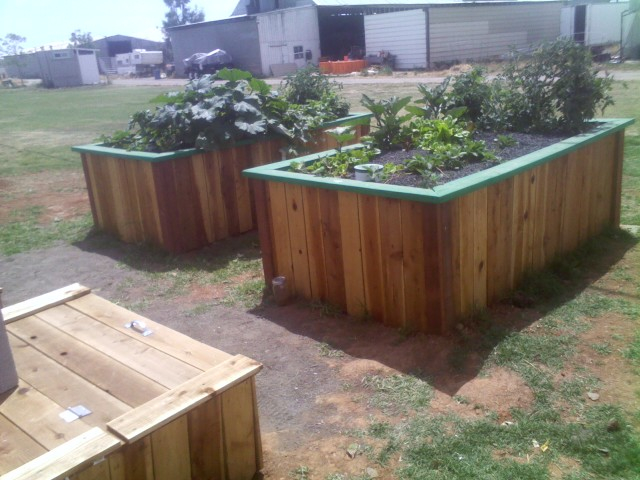 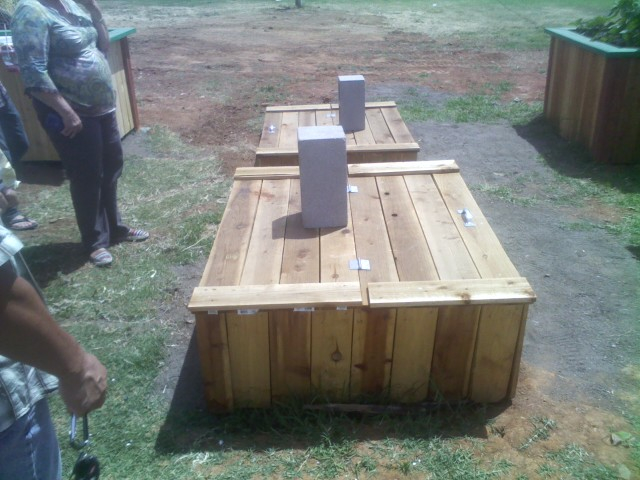 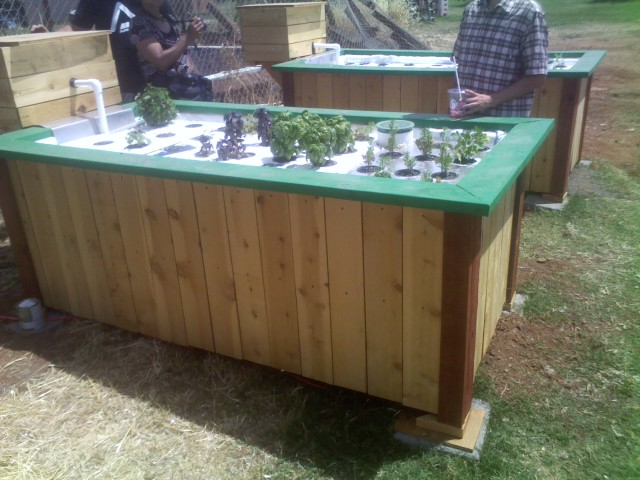 System also include two ~4' x 8' raft beds.  Little box at the top left of the bed has a swirl filter inside for capturing solids. 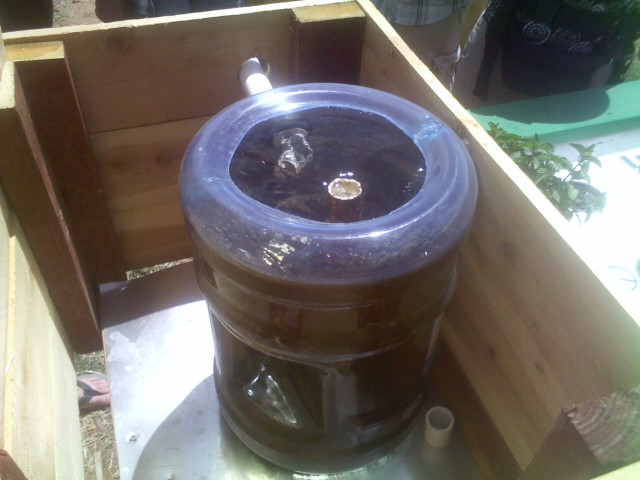 Autosiphon in media bed.  Standpipe is 1" diameter; bell is 2"; gravel guard is 6".  Large-diameter gravel guard makes it possible to put one's hand in there for maintenance.

Tim explained this system is still in progress; they're planning to double or triple what's already there, then enclose it all in a greenhouse.  Site also has solar electric installation for power.  Pretty cool.

I very much enjoyed the tour as well. I very much appreciate all that went into organizing this, and look forward to more of these types of events in the future!

Sorry I missed this, let me know when you plan to do this again

I wanted to organize a tour a year ago in June and did.  Lots of people asked for another but I didn't want to organize another, so my response was that I'd be happy to assist anyone who wanted to take it on.  Happily Ian got inspired and did the one this June.  Whenever anyone gets inspired to organize another, we can have another.  Happy to help get the ball rolling.  Also, the State Fair July 12-28 is going to showcase several very cool systems and may slake folks' thirst for a tour for a while.