in another thread, Jim Troyer wrote:

"It appears those grow trays are connected with PVC tubing, is that correct?  If so, can we have a better pic of how you did that?  Seems like a good method for a starter system and eliminates blue barrel syndrome..."

Yes, the trays are connected with 2" PVC pipe.  It was tricky.  Because the sides of the trays are angled, the connecting pipes need to be angled.  Turns out the required angle is just about half of a 45 degree angle.  I believe Glenn Martinez in his original conception of this design used 22.5 degree drain fittings, but I wanted to go with Schedule 40, because it is rated for potable water.  However, there are no 22.5 degree Schedule 40 fittings.  So, I bent my own lengths of pipe to the required angle.  I had read about methods involving filling the pipe with sand so it holds its circular cross-section while being bent, but I didn't have any luck with that.  Ended up making a jig, which worked great.  Put a 7" piece of PVC pipe into boiling water for a few minutes, slapped it into the jig and clamped it down, then rinsed with cold water and let it sit for 20 minutes.  Used UniSeals to insert the ends of the pipe into the sides of the trays.

I will go over to my greenhouse today and get some pictures and post them in this thread.

There was a problem using UniSeals:  the walls of the trays are about 1/16" of an inch thick, which is pretty thin.  UniSeals seal better when the walls are thicker.  That is to say, they leaked in this application.  Didn't discover it until I after had connected all 11 trays in series, with 2 connecting pipes between each pair of trays.  Found a few potential solutions on the web.  The one that worked for me was to make a washer for each UniSeal out of 4mm corrugated polypropylene (the same material I'm using for rafts).  Could use anything that was at least that thick, rigid, and durable, but the polypro was free and easy to work with.  To install the UniSeals with washers, I had to pull all the connecting pipes out of the UniSeals, which was not trivial!  Lots harder to pull them out than to put them in.  I still have tendonitis in my elbow from the effort.

Slight side note:  the trays sit on folding plastic patio tables from local big-box hardware store.  Relatively simple and inexpensive and portable.  I'm not sure if Glenn's tables were more rigid than the ones I have access to, but mine bowed in the middle from the weight of the water in the trays.  I ended up adding a piece of 3/4" plywood across the top of each table to rigidify.  The plywood lessened the bowing but did not eliminate it.  The hardware on the underside of the tables pretty much precludes adding additional support like 2x4 beams underneath.

I went with the tray-ponics design because my set-up is on borrowed land and I wanted the system to be semi-portable in case I need to break it down and move it.  Also, the trays are not expensive.  But considering the hassles of connecting with PVC and UniSeals in this application, and the need to reinforce the tables, if I were to do it again, I think I'd just build troughs out of lumber and liner and be done with it.  Considering everything involved, including the cost of the large number of UniSeals involved, I think lumber-and-liner troughs might be just as cost-effective.  I might use the trays again in certain situations, but not for this one.

Would be curious to hear of anyone else's experiences with tray-ponics systems.

Side view of two trays, connected by bent 2" PVC pipe and UniSeals: Flanges of the UniSeals face the center of the photo.  There are two pipe connections between each pair of trays.  In this photo, the 2nd connection is behind the first and so is not visible.

Jig for bending the pipe: 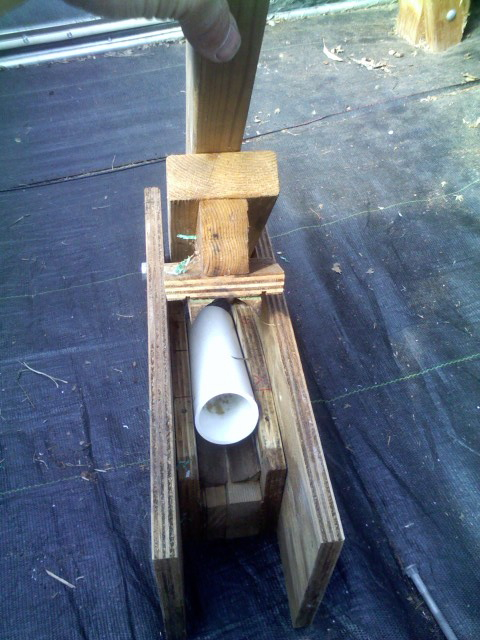 7" unbent pipe on the left; after bending on the right: 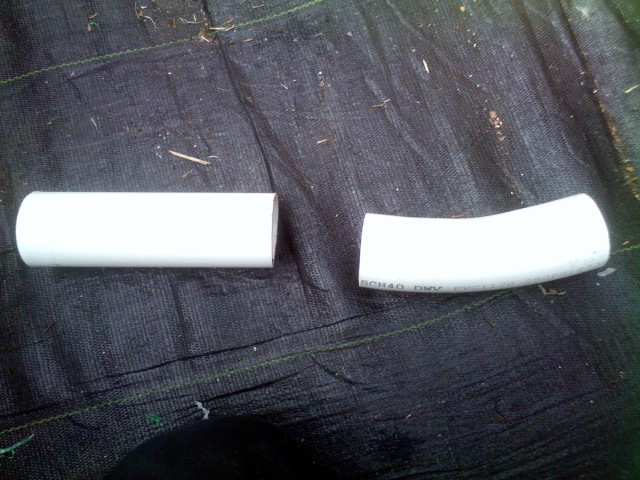 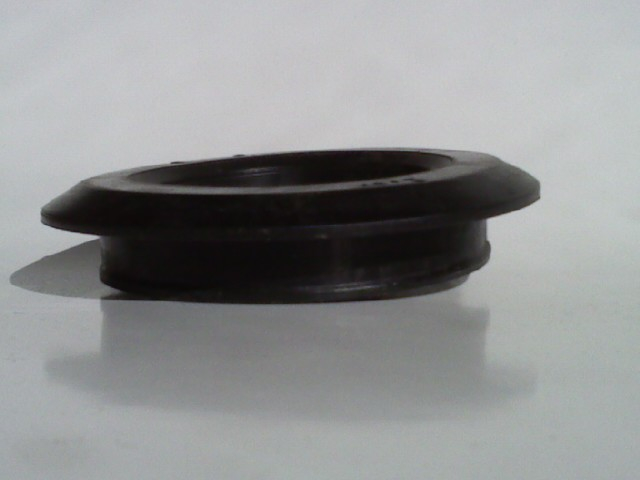 The way I used the UniSeals in this application, the flange (at top in above photo) ends up on the outside of the tray; you push the rest of UniSeal, from the outside to the inside of the tray, through the 3" hole you've drilled in the side.

The narrow end of the neck of the UniSeal (at bottom in above photo) expands when you push the pipe through it.  The part of the neck that's closest to the flange does not expand much or at all; but that's where the wall of the tray ends up.  If the wall is too thin, then the expanded part of the UniSeal does not press against it.  That's why you need a washer something like this: 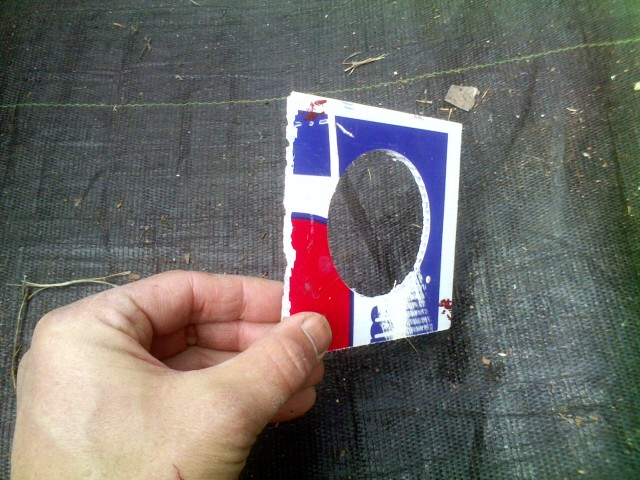 UniSeal with washer in place: 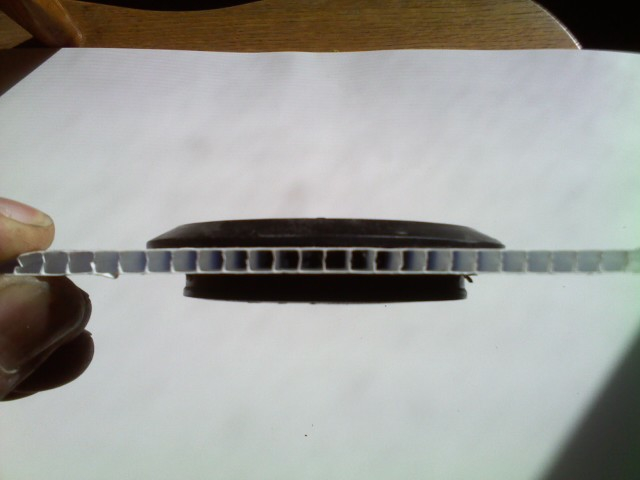 Washer forces tank wall to rest over expanding part of UniSeal neck to make a good seal, rather than against flange, where neck does not expand.

Hope this is helpful.

Thanks Harold.  I had heard of the sand method too but couldn't get it to work.  So made the jig.  Lots of fun to make but too much time.  At that point there was no turning back though...

Thanks for the update Paul.

I heat PVC and bend it too.  I apply more heat to the outside of the bend.

You can actually see the PVC stretch as the bend is made.

How about an update on your system? Successes and "almost worked out"?  Do you have a blog about your system?

Hi Jim, no blog, but just posted a quick update here.  Thanks for your interest.   Paul