I was thinking of experimenting with a heron fountain, and making it aquaponic of course. I think it would be ideal for a small system, but I have no idea just how long it would run. This first one I would like to try to build would be out of cheap ass buckets, bought from home depot.

for those who don't know what a heron fountain is, like me when I woke up this morning, here's the guist: 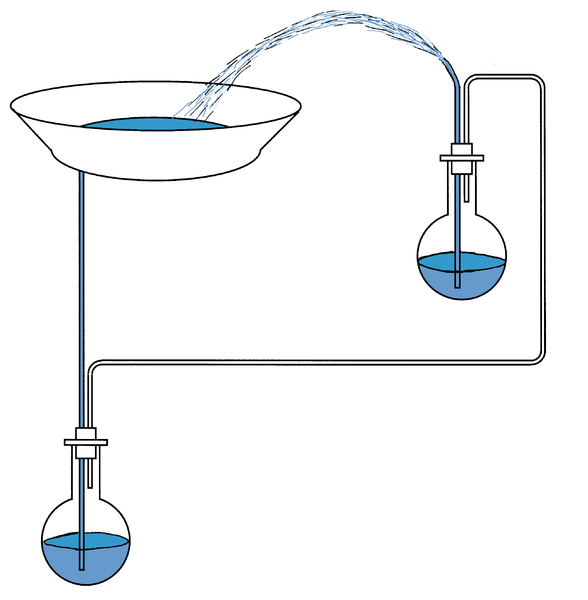 Some adjustments would be needed to make it aquapoinic, obviously. I would move the drain hole of the tray to a set height, and keep fish in it, for one thing...

So have you got this to work with buckets?