What's the cure for clouded water?

I am concerned about the amount suspended solids in my system. Even at night with a flashlight, it is not possible to see the bottom of the IBC fish tank. The water is clouded with what looks like dust, could be fish poo. I don't know. The system is now 5 months old.

Here are the details of our system:

The fish tank is a 275 gal IBC, in which I keep a constant height of about 260 gallons.

The grow beds consist of 4 IBC halves filled with 3/4" gravel. They are constantly flooded directly from the FT and drained through bell siphons in +/- 15 minute cycles. The gravel beds drain into a sump tank and from there the water drains into a 4'x20' DWC.

Water from the DWC in pumped back up into the FT constantly at +/- 600 gph, allowing for a water exchange of a little better that 2x per hour.

Aeration is supplied through an inline Venturi aerator in the return plumbing to the FT. In addition there are four 4" air stones in the DWC, one of which is located next to the inlet to the pond pump supplying the FT.

Now to the fish. There are, or were, 24 channel cats in the tank. These fish were fingerlings 5 months ago. I took all the fish out of the FT in a futile attempt to clean the tank. The tank was not the problem, it was the water. I did not realize our 5 month old fish were so large. So, I harvested the 6 largest fish and we had a fish fry. Now 48 hours later, minus my biggest poo-producers, the water may be clearing up. 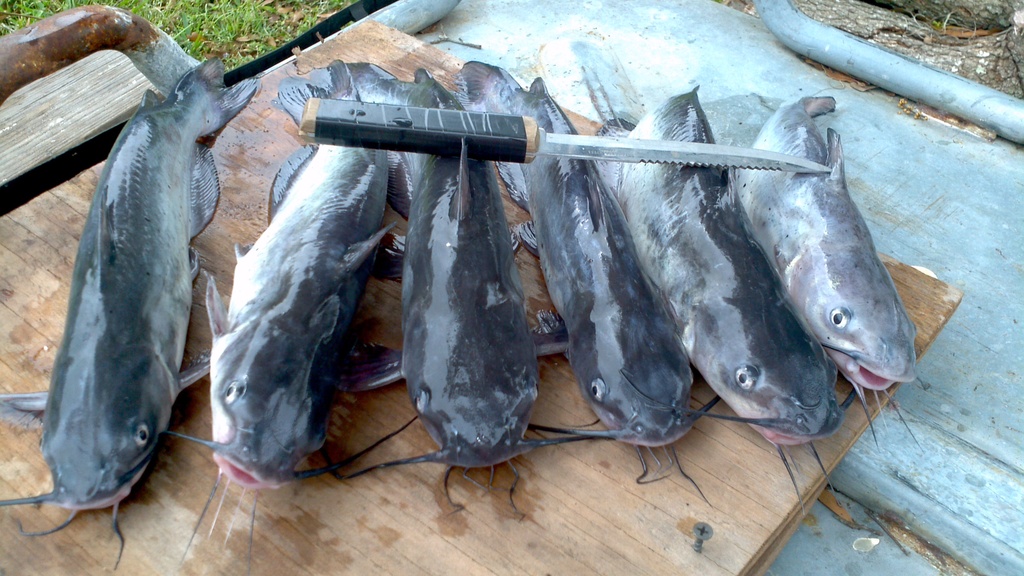 Actually just noticed the post about pH being 6.. or less...

If your pH drops below 5.6-5.8... then you can/will crash your bacterial nitrification...

And this usually shows as a "milkiness".. perhaps a slight "oiliness" type sheen on the tank water...

Could this be what you mean by a "cloudiness"????

Regardless... as TCL says... get some hydrated (slaked) lime.. and buffer your pH back up...

The general rule of thumb as you know is to size a pump allowing as a minimum, for turning over the FT volume once per hour, the major concern here will be aeration for the fish of course. However there are some positive "side effects" as well, which include amongst other things, solids settling. If indeed, your system has too much fines in it, you can check the roots of the plants in the DWC for "gunking" and also note their general health and growout time. If you want to continue with a high feeding/flow rate, you may like to consider a swirl/net filter before the DWC. This type of filtration will allow you to remove suspended solids at will, keeping the sys. water clear and at the same time decreasing nitrogen loading.

Before I use this product, will it do the job? I found this at Home Depot. 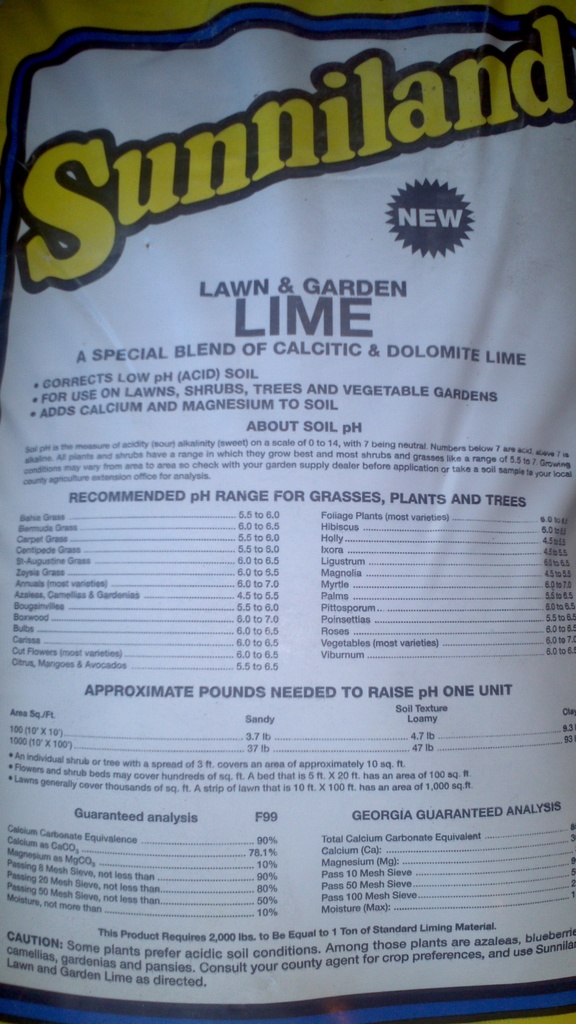 I'm hesitant to say this but,.......... yes it would raise your pH.  However using the calcium carbonate tends to be slow and it is really easy to use too much.  (As in the pH will keep rising after you stop adding it and you could wind up with the pH too high and have to wait ages for the carbonates to get all used up again.)

Actually, instead of me trying to explain it, let Nate Tell you

Great video! Thanks Aleece, Nate nailed it. It took some hunting, but I found what I was looking for after watching the video. I had to go online to get the potassium hydroxide and I found a small bag of hydrated lime at a local garden supplier. Starting with a 5 gallon bucket of system water, even using a small amount of a 50/50 mix moved the pH off the scale (blue, blue, blue). Anyway, long story short, over a 2 day period I managed to move the pH up to 6.4 without killing any fish. I know now for future dosing, 1 tsp of a 50/50 mix will move the pH in our 850 gal. system up .1 on the scale.