so i ran a batch of compost tea through my system and the PH was neutral before i did, now it is 8.0. the spinach and basil r looking pretty bad, but the lettuce seems all right. at first i thought it was magnesium and/or calcium deficiency, but with the ph that high i would say that is probably it. btw the r/o water i am using is 6.5. any clues to how this happened? and what should i do, short of buying ph down. i tried putting some crushed eggshells in there yesterday (pretty hard to do), no effect yet. i tried to ul pics, but my camera is on the fritz i will try again later.

Compost tea should be used for bug control, by being sprayed on the plant leaves. Very light spraying. This is the only bug control that i know works in the system. I hope you didn't put compost tea in the fish water. Cause fish don't like the tea.

Take the eggs shells out. They increase pH.  Was the system fully cycled before you did this? If yes just wait it out.  Your plants got shocked due to nutrient lockout with the sudden pH swing. Forcing it back down suddenly may kill off your fishes.   You can try to remove some of the suspended compost tea by getting some white filter material from the local fish shop or use cotton balls underneath the grow bed fill nipple and change them out as they turn brown.  I wouldnt recommend changing anything else unless you are prepared to do a 50% RO water change and assume the risk of a fish kill.

Oops maybe you r right about egg shells being to raise PH. I was thinking the opposite. I tried lemon juice, 3 tbs for 50 gal. but no change yet. I am not so worried about the eggshells being in the gb since the worms are going to need them and i would assume that they take a while to break down and change the ph?

That brings me to the next thing, since the worms r pooping in the gb's they r essentially making compost tea which the plants r eating. i thought that was the point? however the tea did not turn out so well and i am not going to do that again. i only did it so i could brew a large batch quickly (i have since made a brewer, which is working great). I removed most of the 50 gal. of tea and replaced it with r/o water. however the tea did not work so great because it came into the fish tank looking very, very weak. so i assumed that most of it stayed in the gb's. any idea on that?

there is no particles floating in the tank (i have a mesh bag specifically for the purpose). i only mentioned the tea thing because that is the only thing that i changed and i am trying to figure out what caused the ph to go up like that. i have not checked the ph of the tea yet though. i will asap and post it. i would assume that it is 6.5 or 7, though.

the ph before has been around 7 in the fish tank. would be nice to bring it down a bit i think. but that will have a negative impact on fish (goldfish, btw)? what should i do? i guess i could replace a bit of the water every day and see how that goes? i would still like to know how that happened though.

good idea for bug control. i have not done any foliar feeding yet, but (since it is summer now) i will probably be doing that soon.

Don't treat your AP system as a chemistry experiment.  Dumping a large amount of compost tea into your system undiluted could do all sorts of unexpected things.

If you created an anaerobic situation in your grow beds by dumping a large amount of gunk in there, then that could be what is causing the elevated pH.

How did you brew the compost tea?  Was it aerated tea that you then used immediately?  Or was it non aerated or did you leave it sitting un-aerated before you dumped it into the system?  Did you strain the compost out before dumping it into your system or did you dump it in gunk and all?

I was trying to use my system as a tea brewer because i needed a large amount brewed immediately. so i dropped a mesh bag in there full of vermicompost.

Don't treat your AP system as a chemistry experiment.  Dumping a large amount of compost tea into your system undiluted could do all sorts of unexpected things.

If you created an anaerobic situation in your grow beds by dumping a large amount of gunk in there, then that could be what is causing the elevated pH.

How did you brew the compost tea?  Was it aerated tea that you then used immediately?  Or was it non aerated or did you leave it sitting un-aerated before you dumped it into the system?  Did you strain the compost out before dumping it into your system or did you dump it in gunk and all?

So now the PH is 6.5. I drained and added fresh water gradually over several days, because of wat was said about a sudden ph change being detrimental to the fish. so just adding fresh water changed it back interesting enough. also interesting... the de-humidifier water i have been using is PH 5.0 (wow! did not expect that), my rain water is 6.5, r/o water 6.5, tap water 7.0. I used a combination of these to bring the PH back down. I also tested some tap water i had sitting in a bucket for several days that had some compost on the bottom of it (I was meaning to clean out the bucket and did not get to it for a while) PH 8.0. I did not expect that either. I will be brewing some tea soon and I will have to check the PH on it. maybe it gets more alkaline the longer it sits? any ideas? also i dumped the 8.0 water from the fish tank in to my outdoor garden and flower beds. hope that is going to be ok. i did not want to waste it, i do pay for it. here r some pics. i am not sure if they will help at this point? 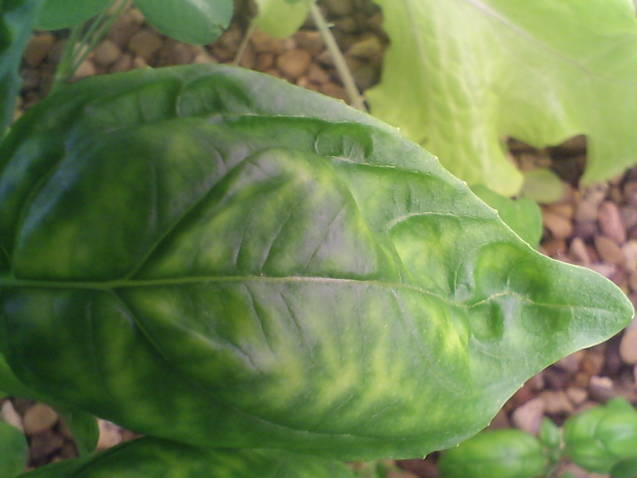 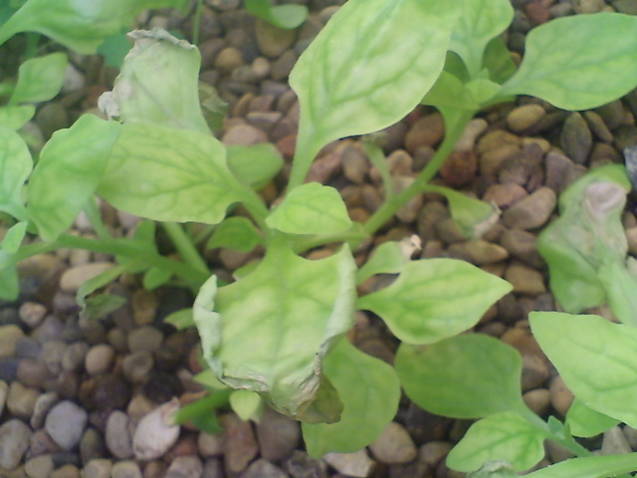 as to your tap water please read this

It may clear up some mysteries for you.

Of course leaving compost just sitting in a bucket of water could create anaerobic conditions which I understand can also raise pH along with creating a terrible smell.

Uh, please don't use your dehumidifier water unless you do something to sterilize it.  Have you ever heard of legionnaires disease?  I understand that theoretically dehumidifier water is distilled water, however, the water is only as clean as the coils it condenses on. My dehumidifier doesn't have any way to actually clean the coils, let alone do it easily or thoroughly.  There are certain bacteria that can thrive on moist dusty surfaces and be transferred to the water that drips from those surfaces, this is why it says not to drink the water from a dehumidifier or air conditioner.

yea,  i do not think that i am using the dehumidifier water anymore. it is starting to smell like detergent. i assume that is not a good thing. so i brewed some compost tea last night and the PH is 8.0, so i guess that is how the water in the AP got so alkaline. is it supposed to be 8? i use vermicompost. my soil PH meter is not working so well, but best i can get out of it is that the VC is 6.5. i will buy a kit and check it out today.

thanks for the link. very interesting. i usually use r/o water though. what kind of water do u use?

I have well water.  High pH after the CO2 outgasses.

If the VC has egg shells in it or other calcium carbonate grit, it might be affecting the water more than it affects the pH reading of the VC.

Also if the compost tea is not very well aerated as it brews, the anaerobic conditions may cause a high pH.

That is true. idk y i did not think of that... the eggshells. i am going to test the ph of the VC asap. i wish i had well water! i am saving my pennies now to get a well dug. i am going to love it!

i am experiencing this problem again. the ph is once again 8.0. i am assuming that changing the water only adressed the symptoms and did not solve the problem. i went out and got some ph down for a quick fix even though it has not been very quick. i have been adding a tbs at a time for several days now and it is still 7.0.

anyway i then thought it was the food, since i have been feeding the fish different things lately, but the aquarium store owner said that there is no way. he did bring to my attention however that it might be the media.

i am using pea gravel (from god only knows where) and now i am thinking there might be limestone in it, so when i added the tea it made it break down faster which triggered the ph change? that really sucks. of course this means that i am going to have to change out the media (and all the plants). any other ideas before i do something so drastic? I also have EH's (nightcrawlers) in the gb. any idea how to safely and easily get them out?

Do a Fizz test on a bunch of your media to see if that is the culprit.