I think this may be of interest to the off-grid folks... I applied through Colorado State University to get one of their 20M ALP towers placed on my 10,200 foot elevation property in South Park (the middle of Colorado). ALP stands for Anemometer Loan Program and is designed to accumulate meaningful annual wind power data throughout the state of Colorado. There are similar programs in other states as well.  Wind data will be accumulated for one year then the tower will be dismantled and relocate to other sites that have filed an application with CSU, who is working with state and federal grants. You can see more about the program here:

Basically, as the homeowner I am responsible to provide the site, get the permit and approval from the local jurisdiction (Park County Planning and Zoning) and install four anchors for the tower's supporting guy wires. This was a challenge as I live on top of a ridge composed of decomposed granite rocks. My attempts to install a screw anchor was impossible, followed by trying to pound in an arrowhead anchor which only went in barely a foot. An arrowhead anchor is a 6" steel triangle with a pin that you insert a steel drive pole on. A flexible steel cable is attached to the center of the arrowhead and once planted, and the drive post removed, the arrowhead will rotate and bind under the rocks. Good in theory, but I finally had to get a neighbor to bring his skid-steer tractor with a carbide post hole digger over to help break through the rocks. We were able to get them place and got approval to move the project along. 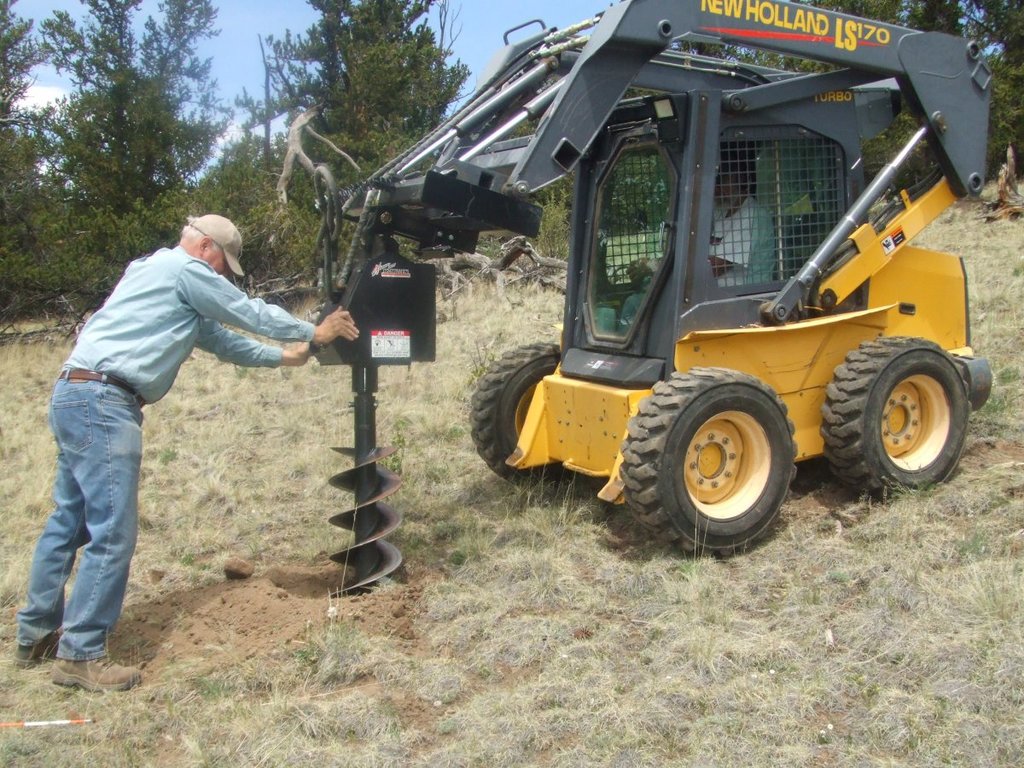 Park County has a new ordinance (created in 2010) that states that wind turbines higher that 50 feet (15.24M)  to the tip of the top rotor blade, need a waiver. CSU's tower is 65.6 feet (20M). The waiver process cost $700, so that was an unexpected setback, but because the data gleaned from this project will be publicly available, it appears that I will get administrative relief from the county. However if I replace the ALP tower with my own Small Scale Wind turbine I'll have to stay under 50 feet to keep from butting heads with the county.

Another setback was that it wasn't enough to have an clear area for the tower and anchors, 18.2M square, but I had to provide a clear area on the downhill side (south in my case) to lay the tower down. I'll have to cut down three dead Bristlecone pine trees. These trees lived over a thousand years before their 'recent' demise in the last decade. See following picture of the panorama of the stakes and trees. 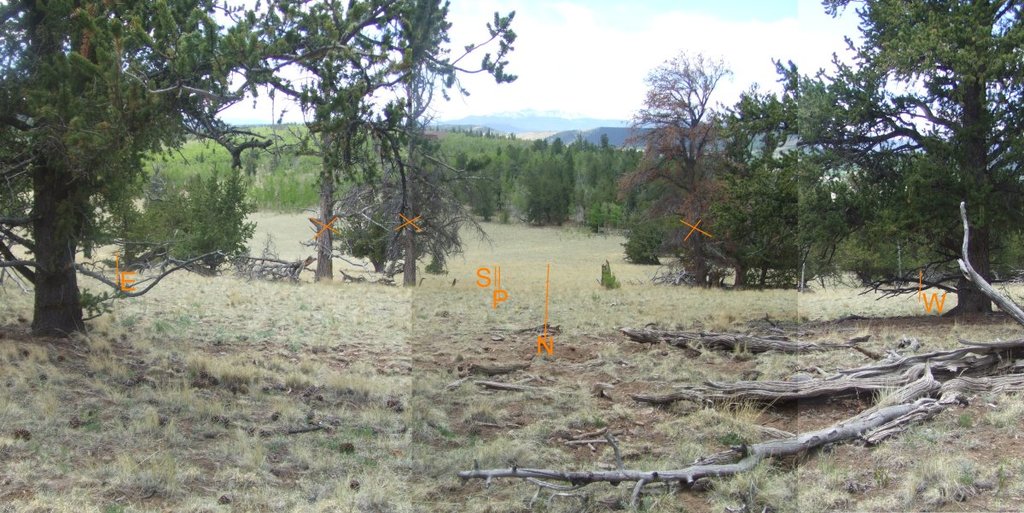 Here is the specifics on the tower anchoring for various heights:


That is the status as of this posting. I'm waiting on the permit approval from Park County, then CSU will send a crew of students up to raise the tower. I'll keep you updated , if there is continued interest in this project.

Hope the ALP shows you have lots of wind to work with for a subsequent wind turbine of your own!

Alas, there's been a fair amount of wind mapping here in Virginia, so I know I'm in an area that doesn't get much wind. Except when it comes to gusts that knock down my plants, that is.