Nutrients - too much or too little?

Hey everybody...here's another challenge from Africa.

I'm running what will be an aquaponics system, though currently we're fertilizing with semi-fermented plant tea, Bioponics-style.  The system is about three weeks old, and has been through its cycling, and is growing plants (happy happy lettuce!).  For reasons that take lengthy explanation, it's a 7000 gallon system with about 500 square feet of growing space, raft style.  When we started it, we put in 55 gallons of tea (that had ammonia levels high enough to kill tilapia that had survived utter neglect in a stagnant puddle for 6 months...in 2 hours), and things were great. 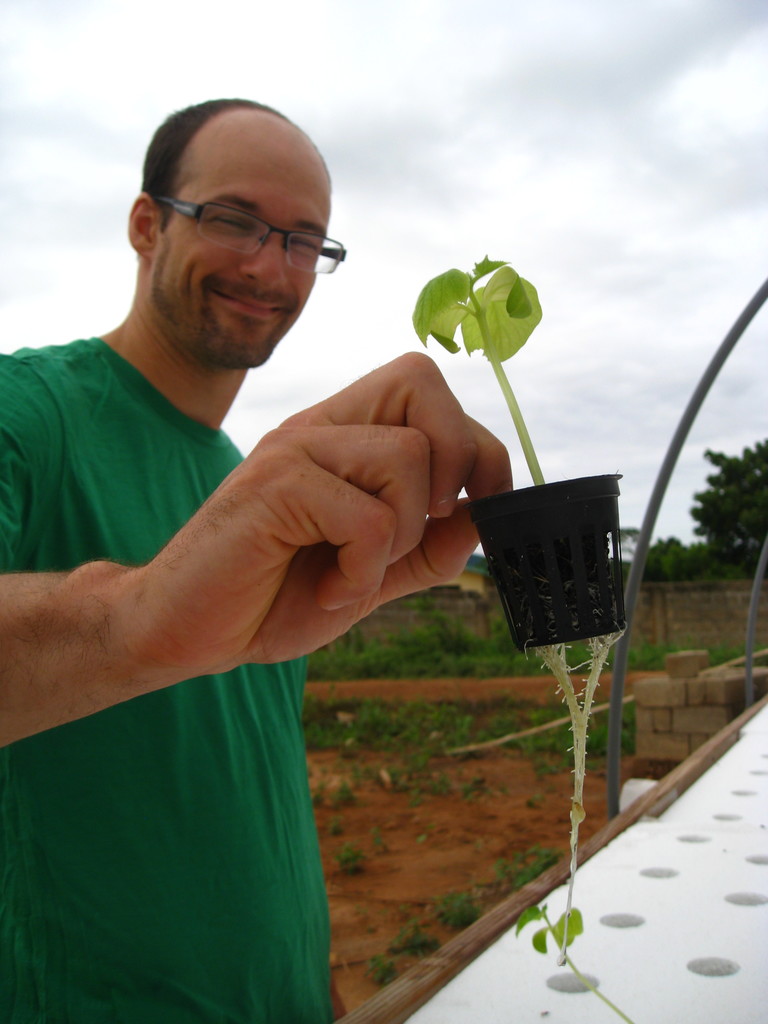 BUT... Several days ago, our zinnias, basil, strawberries, and romaine lettuce started yellowing between the veins on the new leaves.  On some other plants - particularly tomatoes, cucumbers, and cantaloupe - the new leaves are lush dark green but the older leaves are yellowing and brown along the edges. (To be fair, that predated transplant to the system. They stayed in the seed pots longer than they should have.)  So now I'm not sure if we have nutrient deficiency or nutrient overdose. 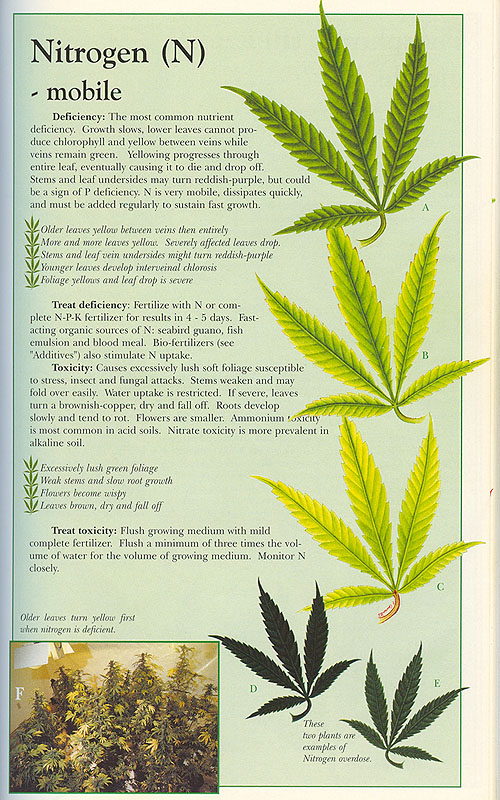 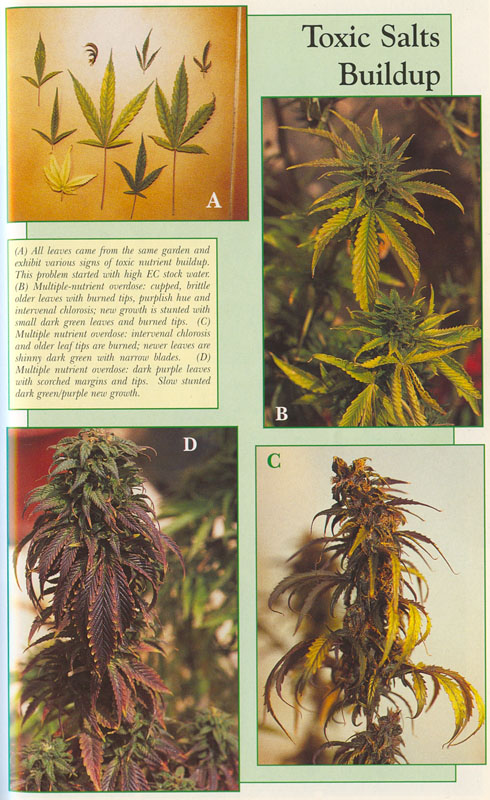 The water tests are somewhat helpful.  Our ammonia levels are low, nitrites almost nonexistent, and this is just as it should be when the bacteria are happily established.  Our nitrate levels are variable (between 4 and 10), as they should be, with intermittent fertilizing and constant uptake.  This is lower than I've seen recommended for aquaponics systems.

Thing is…the water doesn't look underfertilized. It has a distinct smell, it's growing algae (dammit), it looks rich and nutritious.  And there have been successful aquaponics systems (like Friendly Aquaponics) that had nutrient levels that were undetectable by measured means.

So…what? Do I fertilize more, and exacerbate the nutrient burn (which could still look like deficiency)?  Do I hold off, and keep the plants hungry and growing slow?  Help?

You left out your most critical test... pH

Almost all deficiencies... are pH related...

We need to know more info to help you sort this out better.

When I see yellowing between the veins on new leaves, that usually means Iron deficiency in my systems.  My pH is high which tends to cause Iron lock out so I dose with some chelated Iron to help deal with that problem.

You note that you have older leaves yellowing and turning brown on the edges and that the condition pre-dates putting them in the system.  Ya know, I don't think you should weight that symptom too heavily because I don't know if that is likely to correct anything so trying to treat it might be counter productive.  I often remove old leaves of my tomato plants anyway.

It is hard to know if your fertilizer is appropriate to your problems since we don't know what's in it.  High quality fish feeds are fairly easy to work with since many people for years have experience growing good plants with them by feeding their fish.  However, asking a bunch of people doing aquaponics if you should use more fertilizer (of which you haven't told us what it contains really) based on a description of some possible problems without pictures or even all the water tests isn't going to get you very authoritative answers.

I would probably say, add a bit of chelated iron and fish to start feeding and see if that helps with the new leaves Barring that, then perhaps join Vlad's Fishless group and see if he can help you with the fishless bio-ponic balancing.