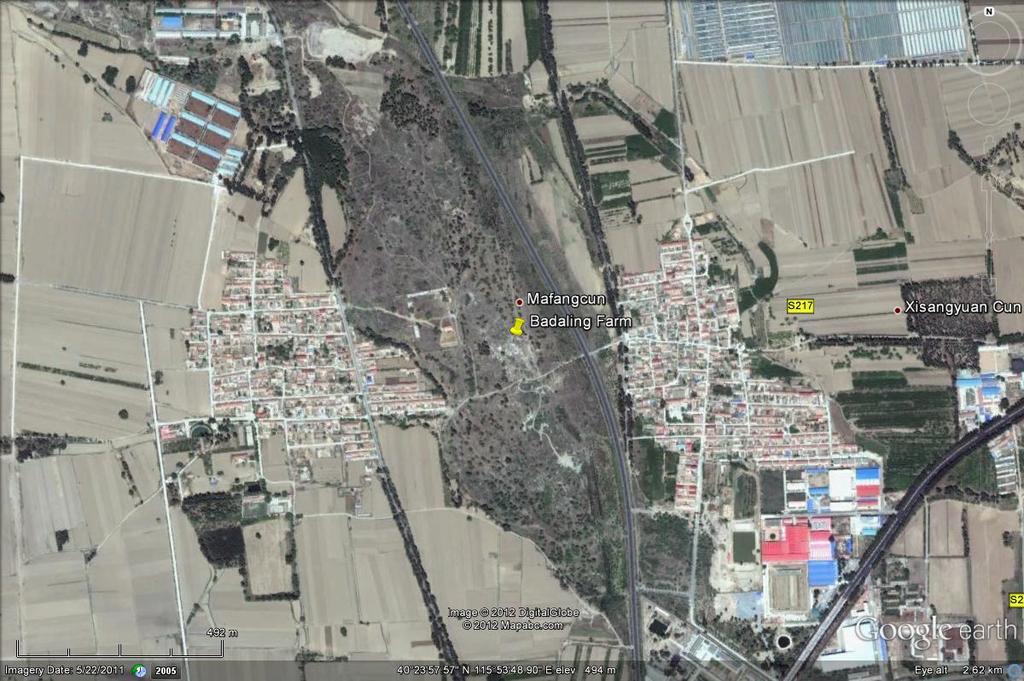 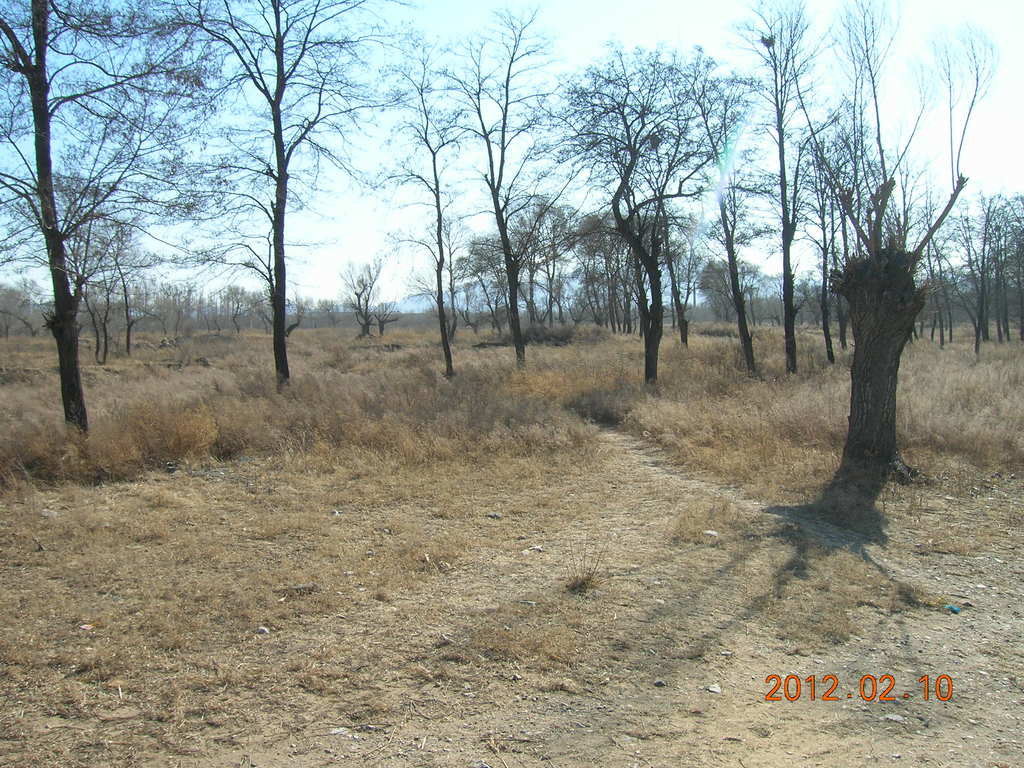 Yeah, bad spell-check..hehe Invasive is kinda ok cause it will be grown for on premise BBQ use. This is planned for first generation re-forestry efforts and will be replaced by other trees and bushes over time to finally end in an edible forest garden.

This is THE most challenging project I've come across to date! If I can grow and prosper here, I can grow anywhere!

What kind of produce and animals are raised near you?

http://agroforestry.net/pubs/NFTs.html   Maybe some N fixing trees or plants? Just my thinking but I'd ditch the ATV idea, yes its fun and all but are gas toys the direction we want to continue? Maybe replace them with animal carts or maybe a train is efficient & quieter. What else grows well in sand, maybe potatoes, root crops, cassava. Source for compost nearby?

Peanuts and sweet potatoes like sand but they need a long hot season.

Potatoes might be better for alkali sandy/rocky soil with a cool growing season but would need fertilizer in poor soils.

There are shrubs and trees that fix nitrogen that could be planted as the early stage of forest garden establishment.

Then mulberry is a pretty nice food and forage tree that grows in a wide range of climates though I don't know what it thinks of alkali soil.  I grew up in a more northern climate but I don't know alkali soils so I'm running low on ideas other than rosemary.

Yeah, due to the short growing season, drastic day /night temp differences, accompanying high winds, lack of organic matter and lack of water, force me to house any production area in more controlled environments. But the surrounding "wild" areas are definitely a challenge. The only thing I have going for me is clear blue skies. Mulberry and rosemary would be good in the wild areas. Not ideal forage land for sure but I need to make as much use of this wild area as possible. See how after the whole year of growing. The natural grasses/ weeds are still only knee high whereas on my land, which I leave to seed after harvest, grows shoulder height.

This will be slow transformation.

I understand about supporting petroleum companies but really need some attraction. Horse trails are common here.

Thanks for the link Steve.

Thanks and please keep it coming! That's what brainstorming is all about. Lets turn this patch of nothing into something we can all be proud of. 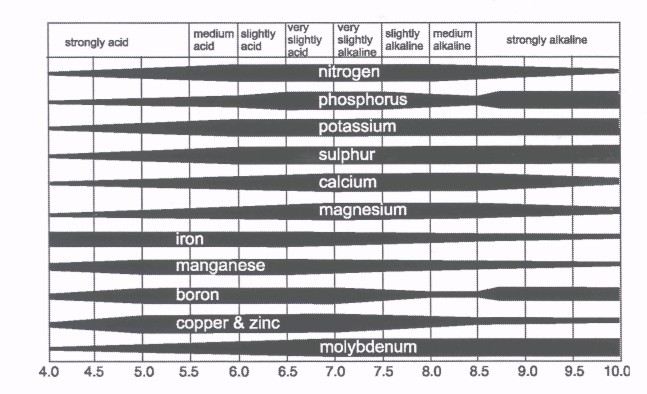 As you've probably seen this what I'm going to say will not be helpful in the slightest. However I'd say that non-fruiting plants with less water needs would be the correct thing to look at. So, the normal herbs (sage, thyme, rosemary,  tarragon etc.) are good ones to have. Also, have you heard of Joel Salitan

. He made rocky soils (although I'm not sure the pH) into very productive farmland by using animal manure in a biodynamic fashion (I'm sure others can elaborate). Anyways what you should do, I just thinking into the reply box, is get a whole lot of organic matter and animal urine to turn that alkaline soil more acidic. Anyways I hope this helped.

Before moving to Asia, I spent about 20 years in Colorado. At one point, part of the territory I covered was the San Luis Valley in South Central Colorado. The soil in most of the valley is extremely sandy, in fact the Sand Dunes National Park is located there (State park?). Regardless, I supported the Ag industry there and the #1 crop in the valley was potatoes. They were extremely successful in that climate (over 4000 ft) with the very sandy conditions. There were additional crops that grew well too, but potatoes did really well.

You might do a little research on the area - Alamosa, Monte Vista areas in S. Co. region. They did have a good water supply, which is necessary and as I mentioned, they grew other crops as well.  Also, the SLV is famous for occasionally being the coldest spot in the lower 48, at times hitting -40 or better every year. I'm just thinking sand and altitude and cool temps in the off season, might be close to what you're after.

Eric, you are fast becoming a true AP guru. Keep up your thirst and quest for knowledge. When you graduate, you are welcome to work with me if you so choose. Organic matter build up is a must. I'll look into the possibility of getting sorted refuse from the nearby villages.

Chip: Thanks for your input. Growing root crops is a good idea.

OK, This thing is starting to come together. Maybe not so daunting. I've got trees and veggies taken care of, now I need some suggestions for bushes, grasses and livestock.

I'm still short on entertainment/ attractions. I need activities that'll keep them here as long as possible. I'm not sure how feasible it is but instead of ATVs, I'm thinking hot air balloons on a tether but winds are tricky so...

You should put in a zip line for an attraction.  You have trees there to connect it to.

I am not sure how big a population is near you, but what they do here to help with reclaming or restoring a wet land is to get schools involved and use this as a learning experiance for the kids and having meny hand to make light of alot of work.

From the pictures you posted it looks like that there is alot of ag all around you. How meny have livestock like cattle,sheep, goats  or chickens, and are they able to feed on the grass that is growing now? I know that with intensive soil reclimation through organic methods it will take about 3-4 years to have it so that you do not have to do anything to have it grow on its own.

@ Robert: The neighboring city of Beijing has a population here of fifteen million people stable with another five million transient as tourist or students. Schools here do not offer field-trips (other than international schools). There are a few stables for so called horse riding (guy pulling dead horse around small track). But most plots are either hand worked (small) or most likely, machine tilled acreage (large). There is no wildlife to speak of...it's all been eaten. Only moles are left. Hawks and pheasants died out about five years ago. Its not a matter of attracting; simply a matter of raising(weather/ climate permitting). The only birds are sparrows, magpies and the occasional crow. No Snakes, no rodents not even feral cats or dogs. The beginning of winter I had six dogs, now I only have three coz they learnt to climb the greenhouse and get out to roam. You see how low the natural grasses are and how sparse they are.

Working out this grass ting is a real challenge so far.

Hey Carey, The more I think about all this, the reality is it just takes a ton of time, planning and work. Most people want to believe they can plant some stuff and just lay back and maybe go harvest once a day. The reality is it takes years to even get things off to a decent start. After 6 years of getting my plan intact, I still cannot prove much. Does show serious potential however. The problem is the people that own the land do not have interest in these programs at present. The only hope I can foresee to get things moving faster would be corporate funding to invest in sustainable farm programs. Having trained leaders to plan and implement, guess that's what you're up to. Seems a good way to acquire land and make it fit for future habitation, production. Have to cut out for now and build some fences so the sheep don't eat the trees so the bugs can get some leaves to eat too. Then I can have some fruit for the parrots, and maybe a few leftover for me??

I apolagize for my lack of knowlege of China. I havea couple of questions, 1 you say the amount of water that you see there is under a half meter is that include snowfall as well? 2 have you considered using suger maple trees, they due really well in the temperature range that you posted?