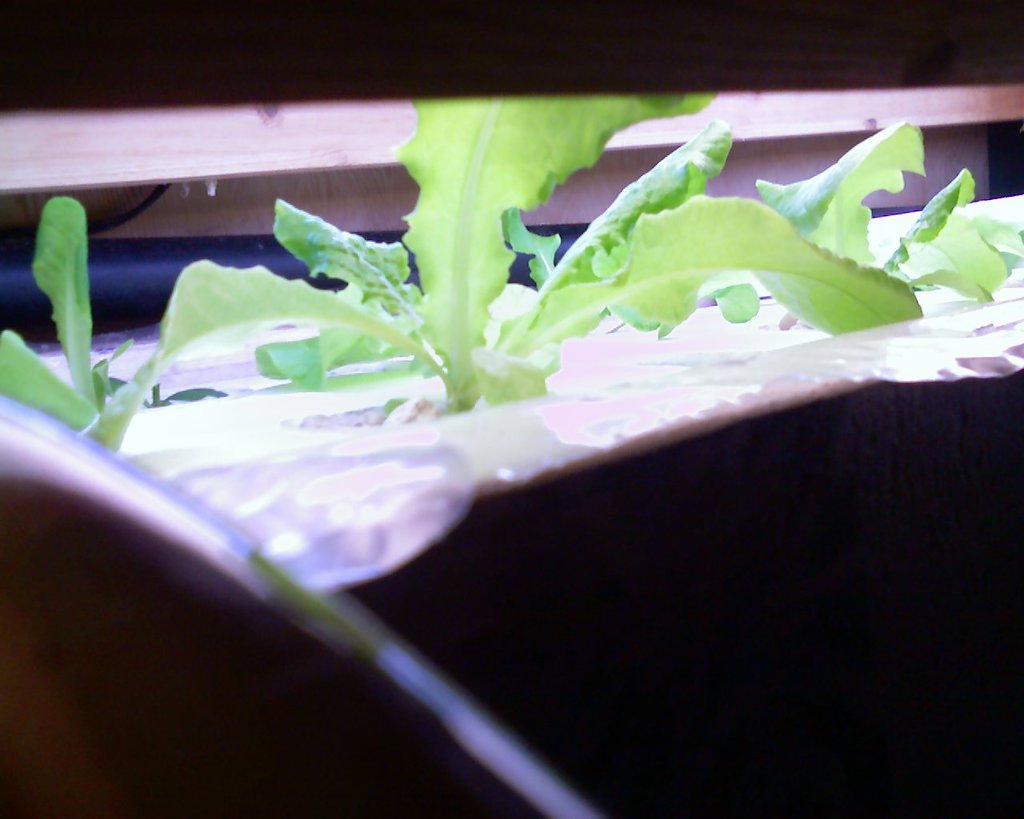 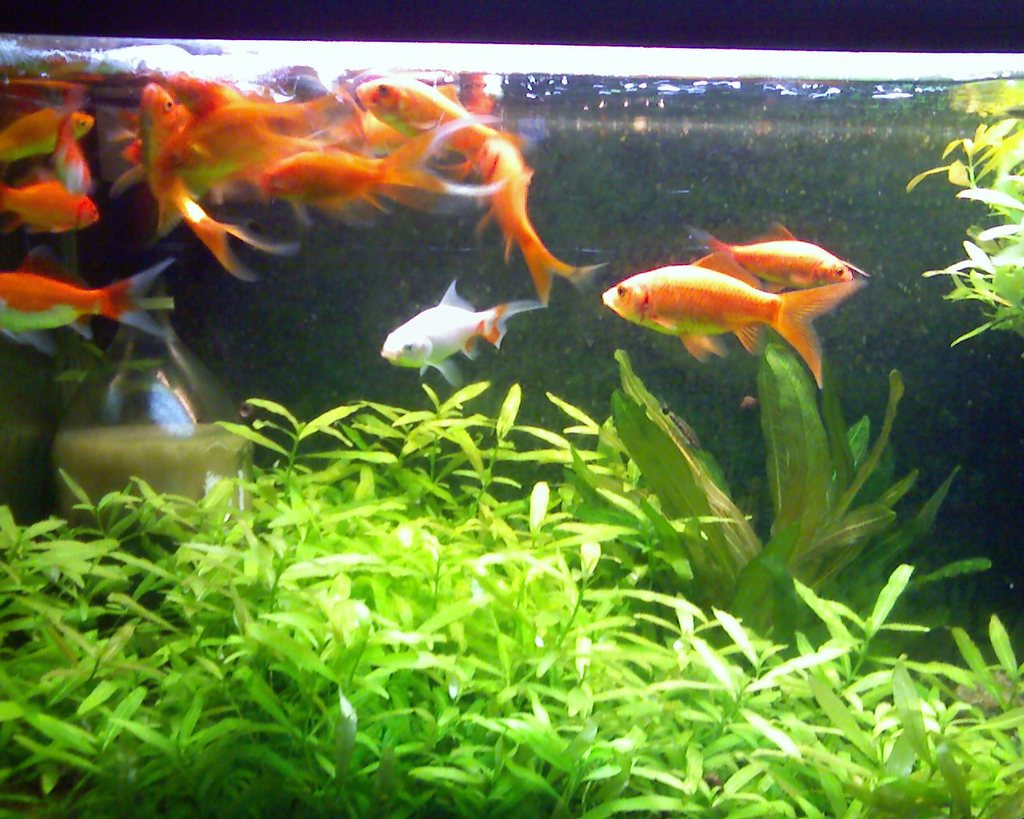 I've been following your trial with interest over some time now. I know you've had discussions with somewhat qualified people previously but I've for a long time had a grave concern concerning coal for use as AP media.I don't want to come across as an alarmist or bearer of gloom and doom. I was silently hoping some of our experienced AP'ers in the know would have entered by this time to say something of the safety aspects of coal media. I felt obligated to share some of my reading on the subject. Here...........

Made another 5 gallons of charcoal today, actually it's probably less as I mixed it with snow to extinguish it.  After it melts I'll probably have 4 gallons.  I got to help the neighbor boost his car while I enjoyed my toasty flames in -24 C weather.  I must have looked funny warming my cold feet by taking them out of my boots and holding them up to the fire with them steaming away as I sat in my lawn chair.

I finished the bed today by adding strips on top to capture the liner, then trimmed the liner.  I figure a couple more fires yet to fill the bed.  The charcoal is still absorbing water, 2 more gallons today to top up the system.  I'm noticing that the flood cycle is taking much less water as more charcoal sinks and displaces water.  Good thing, as initially the system was using almost all the water in the sump to fill the bed and I was worried I'd goofed.  Now I have much more wiggle room.  As I add media I will extend the stand pipe just a touch higher to maintain a 2 inch below media level.  For now it'll stay as it is. Still filtering the big chunks out, not many now.  As more charcoal sinks it'll be less of a problem I think. 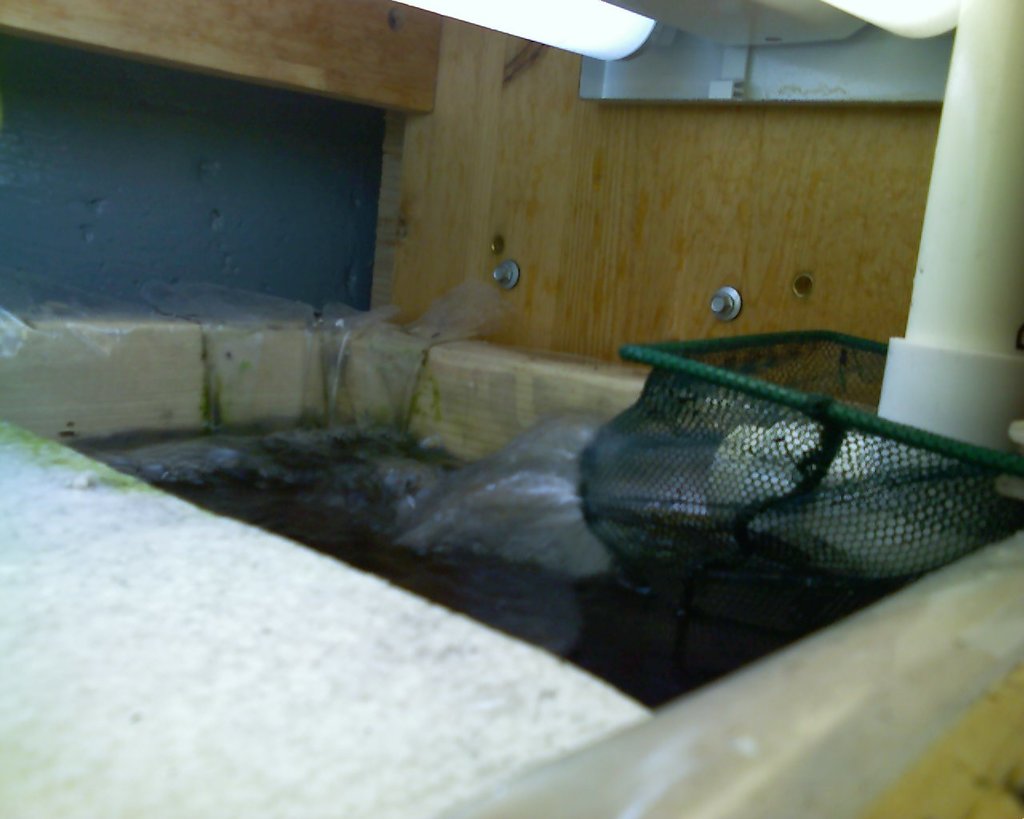 I re-installed my shelf to keep the african violets happy till they go into the grow bed (as there's no where else for them!) 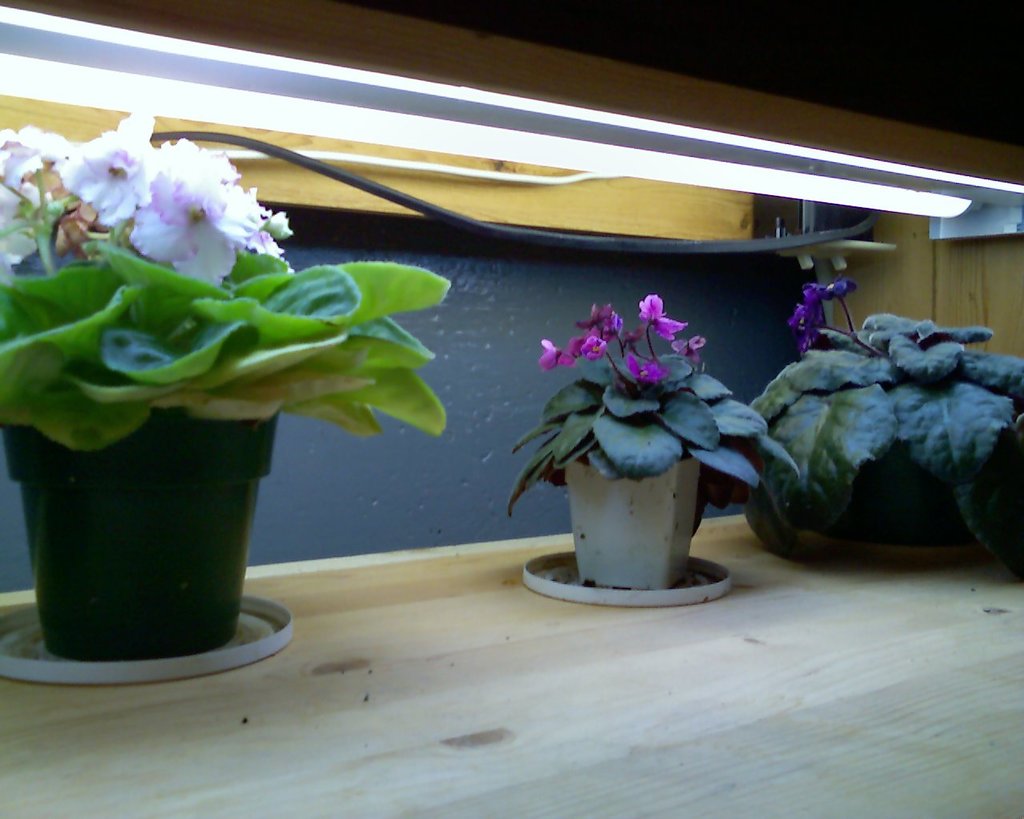 Hi Harold.  I'm happy you've expressed your concern here, and that is a very important article.  I'm thinking that the resident charcoal guru will weigh in on the issue as I'm not the expert.  There are some pretty big differences between Charcoal and coal however:

Charcoal is approved for medical use, ie you can ingest it to help with poisoning!  Try that with coal...

Possibly you are thinking of charcoal briquettes, which is not what Paul is using in his system.  Commercial briquettes usually contain coal dust and other things which would be harmful in aquaponics.  The wood charcoal that Paul is using is mostly carbon, with a little potash and trace elements and charcoal of that type has been used in agriculture with good results for thousands of years.  You can easily make it and see the difference for yourself.  I've used it in soil gardening and the comparison plantings convinced me and my neighbors of its benefits.  I believe that, pound for pound, charcoal may nitrify more ammonia than other medias used in aquaponics but that is still to be investigated, as for as I know.  Regards.

Yes you're right about the difference between coal and charcoal. The article was not appropriate for discussion. Research has shown that wood burning can increase methylmercury in fish fivefold at toxic levels. Even though the mercury released is in small quantity the effect comes from biomagnification as it progresses up the food chain. Since AP has a similar Eco-system as nature I'm wondering if it will have the same effect.See these

I'm going to start a new thread on Charcoal as a media and move this discussion there.  We're kinda off in the weeds here.

Just a quick update for the parameters I can measure at this point.  My nitrates are still holding steady at about 5 mg/l, but my pH has swung up a bit.  Now I'm closing on 7.6 which has me a touch alarmed.  I'll be watching closely for the next bit.  I'm thinking that this was because of the small amount of ash that was present in the charcoal.  After I finish adding the media I expect it to slowly make it's way back down.

I have all the items necessary to adjust pH from my hydroponics days, but I want to see if the system will recover on it's own first. (GH pH up and down)

I don't see how.  The abstract contained in the first article is somewhat clear about the cause of the mercury level increase in the fish and it's not charcoal.  There are few, if any, nutrients in charcoal.    The Eco-system in AP may be similar to nature but we have more control over inputs.  I've digressed into the weeds and will close.

Yes you're right about the difference between coal and charcoal. The article was not appropriate for discussion. Research has shown that wood burning can increase methylmercury in fish fivefold at toxic levels. Even though the mercury released is in small quantity the effect comes from biomagnification as it progresses up the food chain. Since AP has a similar Eco-system as nature I'm wondering if it will have the same effect.See these

a pH of 7.6 is not alarming to me.  pH can also be affected by algae and if you have lots of water getting exposed to light, algae might be causing some changes on you.  To test that you might do a pH test first thing before the lights come on and then another pH test late in the day.  If the pH is low at dawn and high late in the day then the swings are algae related.

I would actually expect once the ash is gone, the charcoal may actually tend to bring the pH down but that is just based on some tests some one ran alternating buffering materials with a lump of charcoal in a jar of water and watching what the pH did.  This may also depend on the type of wood.

Thanks TCLynx, I appreciate the voice of experience.  I'll check like you said and will just watch for now.  There is some brown algae growing in the raft tank as one raft is pulled out right now as I fiddle around with the plumbing.  That stage is done now so I should replace it to cut down on light getting to the water.

Success!  I finally figured out a good configuration for my bell siphon!  It was more fiddling around than I thought it would be.  I think that my be because I chose a pipe size a little too big for my waterflow from my pump.(3/4" pipe, 1" to 3/4" adapter at top of standpipe, schedule 40 fittings with 90 gal/hr measured)  On Affnan's design for his mini siphon he specifies a single elbow below the standpipe.  I found if I added any more than that my siphon would not cut off.  However if I only used one slip fit elbow the siphon wouldn't start.  Conundrum!  It seemed that the water just flew out the smooth slip fit elbow without much turbulence and never piled up enough to start the siphon.  I cut a very short piece of pipe to stuff into the elbow to narrow the flow and that started the siphon, but it took ages to stop.  I've run it like this until tonight when I just got fed up and started fiddling again.

I ended up picking up an elbow that was slip fit one end, threaded on the other.  I figured the threaded end would produce a slowing turbulent effect to the water, allowing it to back up enough to start the siphon, and yet be large enough that at the end of the cycle the siphon could gulp some air to break.  Sure enough it worked!  Forceful starts and sharp cutoffs within 5-10 seconds of sucking air.  Happy dance! :D

Here's a pic of the difference between the two ends.  It is hard to see the threads in the elbow on the left but they're there: