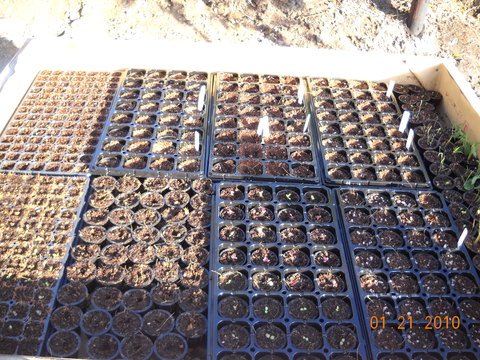 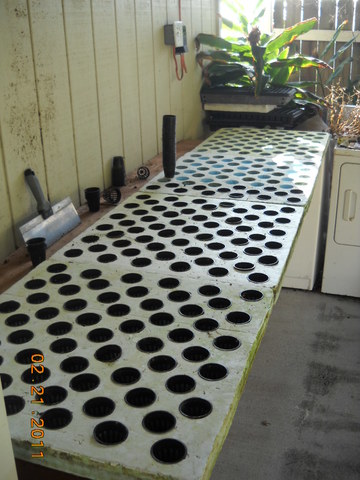 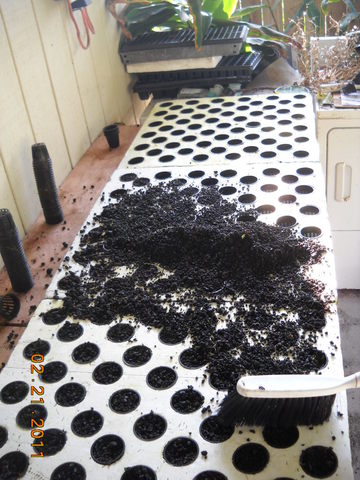 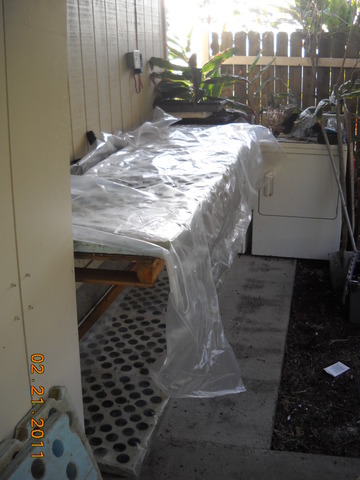 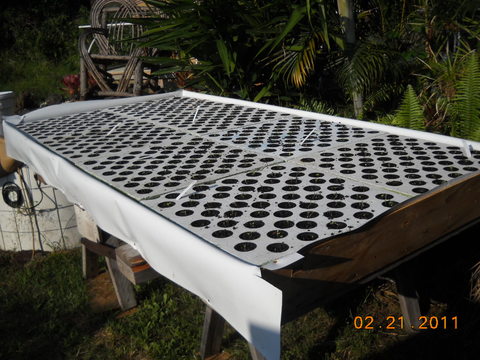 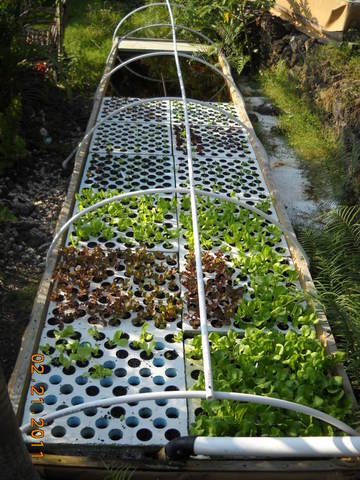 Thank you Chris...very useful and informative :-)

I have had serious problems of seed germination using jiffy coir pellets and was considering moving back to Rockwool cubes (would love to try Black Volcanic Cinder but have not found it here in Central Florida). I have just come across "Gravelitet" which is an expanded clay lightweight aggregate (http://www.bigriverind.com/pages/products/TechSheets/GRAVELITETechI...). I am planning on trying to see how this work for seed germination. This is also what I am going to experiment with in my grow beds. I will share my results at a later date.

I was buying a very expensive mix of coco noir and vermiculite here in Costa Rica. Price at $22.00 for 50 liters bag. The cider we have here is red and cost $2.00 for a big bag. It is the same size that you can see at http://www.amazon.com/Lava-Rock-Cinders-Bonsai-Gardens/dp/B0006B0FGM,

Question: net pots have different design for the bottoms of the pot, depending of where it is made.. How do you prevent the cinder you are using to fall through the bottom? It seems that you are using the same size like the one in Amazon!

Thanks again for that post. Perfect answer to what I was searching!

Permalink Reply by Rebecca B on March 4, 2011 at 4:11pm
From the thread "Using Pumice," Joseph Orlando wrote: OK! I just talked to a geologist and here is the scoop I got from him. Lava comes in two forms. One is Basalt which usually occurs in eruptions underwater but can be part of a flow. Basalt is dense and will contain heavy metals like Mercury. However, Red Lava Rock, is considered a pumice, and is usually spewed from the volcano into the air due to its light weight and should contain no heavy metals. It seems it has to do with how the lava accumulates in the dome of the volcano. So, Red Lava Rock should contain no Mercury.

Very exciting Chris! A ton of information here.Thanks for sharing your trial with us.I like the easy technique of spreading the pumice and labor/time saved from eliminating transplanting. Interesting results with the farm grown seeds,do you think it's because they are more viable because of their freshness compared with aged packaged seeds? Can you say what your percentage of germination you get now from this type of culture.

Thanks for all the great info and pics! Looks like you've got a nice system going. It's too bad that material isn't local here in Fl. I use coco coir and haven't had any germinating issues, I am noticing it seems to be breaking down quickly and holds so much moisture, might be why I had powdery mildew. I had bought a whole bunch of the coco coir bricks (think they were  2 cu ft when expanded) and got them really reasonably priced too around $6. I soaked and rinsed well...don't like the idea that it's imported though.

I am going to try mini pine bark nuggets next.  They are local and inexpensive, and I read recently they don't break down as easily, although a bit acidic.

I had gone to a conference at UF/IFAS (Univ. of Fl. Institute of Food &Agricultural Sciences) on hoop houses and they had tomatoes growing in pine bark just in raised mounds on the ground with a hydro solution drip..the growth was amazing..  I could be mistaken but I think they had said 6-8 weeks and there were nice size tomaotes already.

When I asked if they had any issues with the acidity they said that after about two weeks of watering it was neutral and they had tried it with veggies in the vertical stacks. I might just soak and rinse it first. I'm just hoping it doesn't affect the fish.

I think I'm going to copy and paste this info into the media section.

I just realized  that the pine nuggets might float in the rafts, not sure how they were able to do it in the verticals.

Sorry to get so off topic.

Same question here about net pots and small cinder not falling through !

Chris, any tips for us?

just curious about the bottom of your net pots. are you using something to hold that small size cinder in your pots? or just using some larger pieces in the bottom?  I've had to do that with the hydroton.  Would love to get away from using that stuff. so expensive.

Permalink Reply by Chris Smith on March 5, 2011 at 11:46am
The net pots that I use have fairly small slits and do not let much cinder fall out. Anything that does fall out mostly ends up in the sprouting table which is easy to clean. Anything that falls into the main troughs I leave in the bottom. I have found that the  layer on the bottom of the troughs is teeming with life and I like to leave it there(this should be an entirely different discussion).

Be careful when you order net pots that you check the bottom of the pot.  I ordered 2 in pots several time on line and one time I got the one with the large holes in the bottom.  The black cinder will go right through them.  You either have to put some coconut fiber across the holes until the roots can grip the cinders or put large red cinders or gravel that will not fall through.  I have to be more careful when I order.

Chris, congratulations on making a major efficiency improvement!! Planting directly into the foam is brilliant. We are designing a 2600sqft system and your germination/nursery/grow out system is going to help us get 30% more lettuce per harvest, we reckon! Mahalo nui loa!

We are thinking of building the nursery and germination rafts as a two tiered system on the same physical footprint-- nursery troughs with 1" of water flowing though a 6" -ish tall trough, right above the germination tables.I am a little concerned about inadequate light for the germination tables-- have you found that there's a critical minimum amount of light needed to germinate lettuce at all?

It's true, that cinder dries out so quickly! How do you water the germinating rafts? I was thinking that keeping the rafts in a small (1/2"? ) amount of water in their own trough-like thing would be sufficient for wicking. It might need to be replenished every other day or so.

I'm impressed Chris.  Both the system layout and techniques look like you have had lots of experience in construction layout.  I'm presently in Ocean View and starting to build on of Susanne's Micro 128s.  I'll be in Kona all next week and looking forward to touring on Saturday next.  Maybe get a chance to intoduce myself.

Great idea for using cinders as the planting media.  Do you recall what mesh you used to eliminate the fines?

Thanks for sharing your success.